MANHATTAN – A vicious and disturbing attack inside an Upper East Side subway station this past weekend has straphangers on edge and many wondering when the extra NYPD officers Mayor de Blasio promised are coming.

It was minutes before 5am Sunday when police say two men approached their victim— a 64 year old man on his way home after praying at a Midtown Mosque– as he was about to go through the turnstile inside the 59th Street/Lexington Avenue Subway Station.

What happened next left him beaten, slashed, bloodied and robbed– and it was all caught on video.

The suspects immediately demanded he had over his money and when the victim tried to get away, that’s when the violence began.

They reigned blow after blow on him— punching him in the face, kicking him while he’s down, slashing his head, shoving him through turnstile and even dragging him back to them for more punishment. The gash on his head needed 12 stitches.

“Hit me two times here, in this eye and this eye, and the other guy, he brought a razor,” the man told Eyewitness News in an exclusive interview “And the blood start coming and took the money from me and disappeared.”

Investigators say the suspects got away with $150 in cash, but the victim says they took his cell phone as well. Detectives do have some big clues in the case that come from the surveillance cameras that captured the brutal attack inside the subway station on video.

If you know footwear, you may be able to crack this case. One of the suspects is seen wearing what the police describe as “distinctive” Timberland boots. They’re white with various NBA team logos all over them. Police say the second suspect is wearing Nike Flightposite Topaz Mist sneakers, which are also highly sought after shoes.

This heinous attack comes just weeks after Mayor de Blasio promised an additional 250 NYPD officers to patrol the subways, on top of the 3,000 already tasked with protected commuters.

But after 30 years living in the city, the 64-year-old victim is scared to ride the subway and says something needs to be done to make the commute safe.

“You have to take care about this issue, or it will be long while, you can’t control it,” he told Eyewitness News. “And in this case what are the police for?” 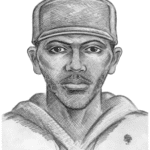