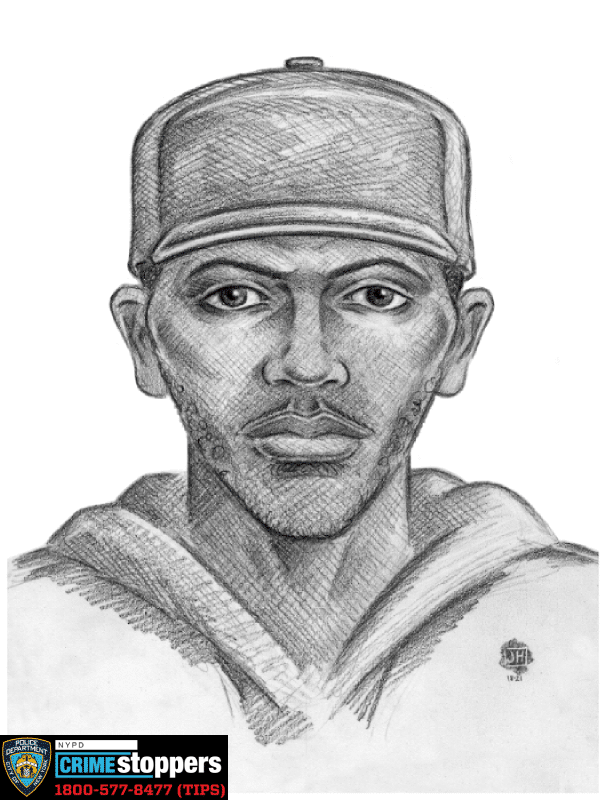 MANHATTAN – Police say a pervert turned a 24-year-old woman who was simply waiting for the next train inside an Upper East Side subway station into his victim.

It was 8:30 in the morning, as the woman stood on the northbound Q-train platform in the East 63rd st. subway station on Wednesday May 12th, the predator lurked behind his prey then struck– coming up, approaching her and groping her rear end.

When the 24-year-old spun around to see who had violated her, she was violated once again— the sicko had taken his privates out of his pants and exposed himself to her.

After that, police say the creep took off on the next uptown Q train.

Police released a sketch of the subway sex offender and is asking anyone who recognizes the man or witnessed the crime to call the NYPD Crime Stoppers Hotline at 1-800-577-TIPS (8744).

🚨WANTED for FORCIBLE TOUCHING
On Wed, 5/12, 8:30am, on the northbound “Q” platform in the Lexington Avenue & East 63rd Street subway station, the suspect exposed himself & touched a 24-year-old female’s buttocks.

If you have any info please call 1-800-577-TIPS or DM @NYPDTips. pic.twitter.com/SU0IyQmBOK 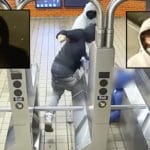