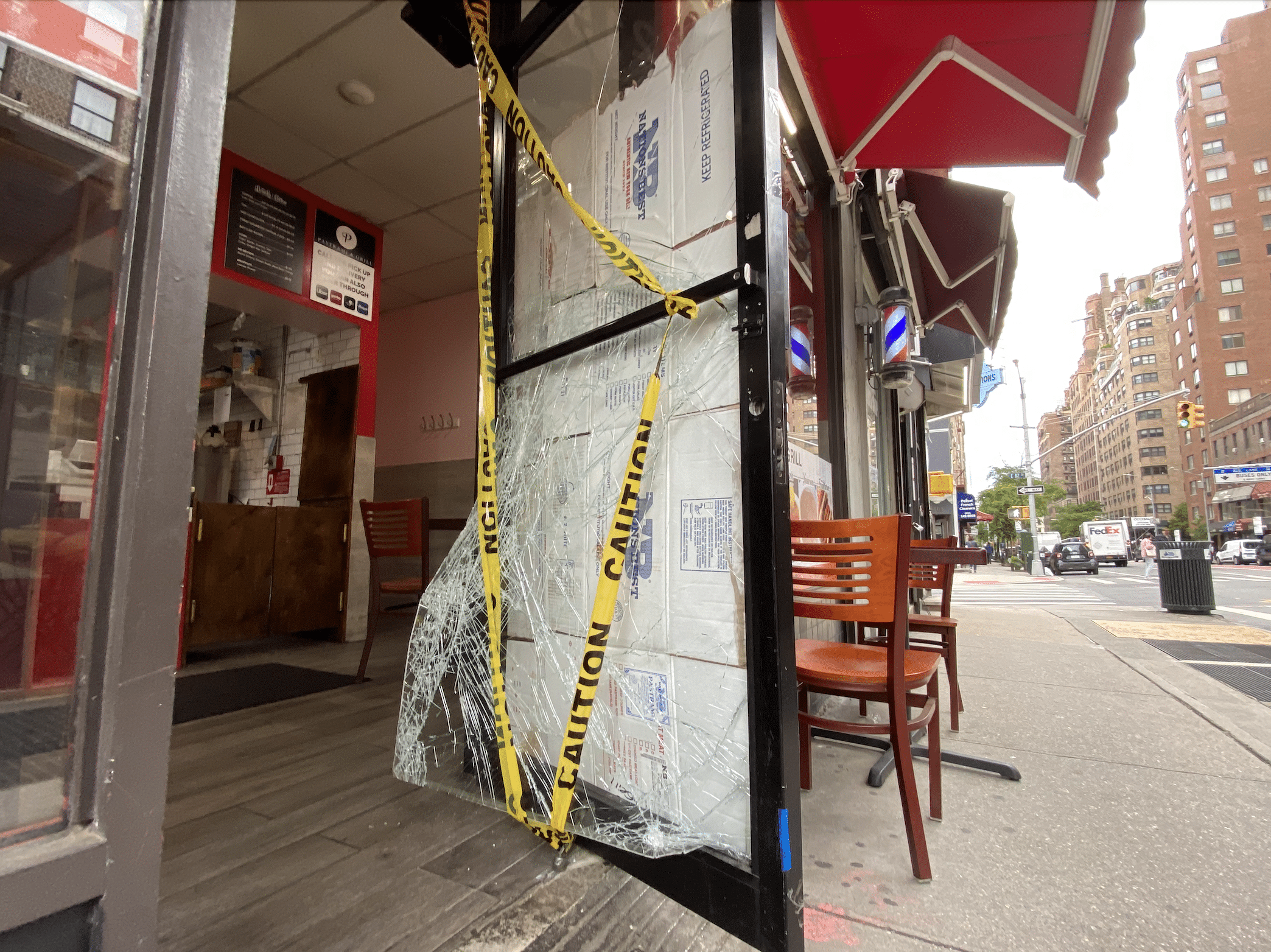 “It’s awful,” one Upper East Side senior shouted as she passed the disturbing scene in an otherwise vibrant block, “it’s happening everywhere” she added as she made her way down Lexington Avenue.

She was talking about the matching shattered glass doors that mar the front of two Jewish restaurants that sit side-by-side in Yorkville— both covered up with cardboard— and believed by many to be part of a larger wave of anti-Semitic attacks across the country.

The first target of these apparent anti-Semitic attacks was Saba’s, a kosher pizza shop between East 82nd and 83rd streets, late Sunday night.

Then, Pastrami and Grill, a Jewish Deli, became latest victim of this apparent anti-Semitic crime spree focused on the Upper East Side— the front door smashed in Wednesday night— this time around the restaurant was burglarized too.

Restaurant staff tells Upper East Site that the cash register was stolen and the office had been ransacked in a frantic search for money. Police say the thieves got away with about $600 cash.

The NYPD confirms they are investigating both of these despicable acts, however the pair of cases have not yet been picked up by the NYPD Hate Crime Task Force, the special citywide team responsible for investigating hate crimes and bias incidents.

Right now, the task force is working to bring to justice additional suspects in the beating of a Jewish man in Times Square during protests last week as well as the targeted harassment of Jewish men in Brooklyn.

For its part, the NYPD says detectives are still investigating the Upper East Side cases and have not yet deemed them bias incidents, pointing to other burglaries in the area as part of their investigation.

Neighbors we spoke with tell Upper East Site they don’t need police to confirm what they can see with their own eyes.

Another day, another brick thrown. Kosher-style restaurant on the Upper East Side vandalized (located next to Saba’s Pizza, a Kosher restaurant that was vandalized last week). pic.twitter.com/muyyVQJVkk

Across the country, the Anti-defamation league says there’s been a sharp increase in anti-Semitic harassment and attacks, telling the New York Times during the two week conflict between Israel and Hamas there were 222 incidents reported versus 127 in the two weeks prior.

In the wake of this wave of anti-semitism, Mayor de Blasio has vowed the NYPD would be out in force to project Jewish communities across New York City. 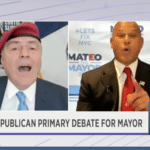