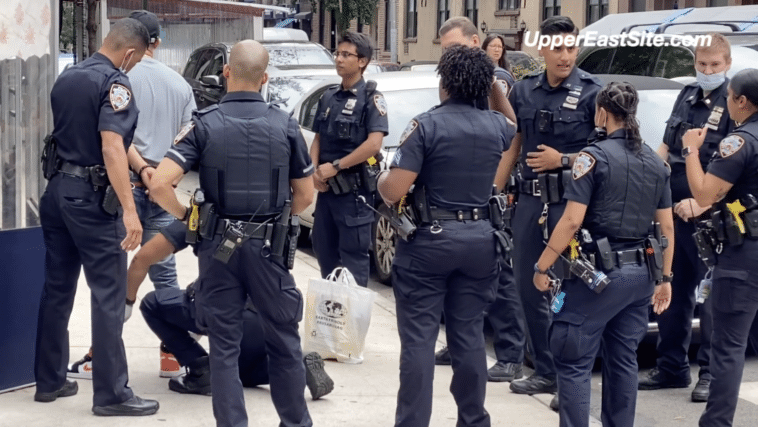 MANHATTAN – A dramatic arrest on an Upper East Side sidewalk involving at least ten officers most from the NYPD’s 19th Precinct was the result of swift police action following a strong-arm robbery at a Mexican restaurant in Yorkville— just two blocks from the suspect’s own home– according to investigators.

On the afternoon of Wednesday, August 18th, police say a 43-year-old woman was having lunch with friends at Sabor a Mexico on First Avenue near the corner of east 90st Street when a man snuck up on her from behind and grabbed her shoulder— then the victim says he ripped her purse off of her and took off on foot, heading north on First Avenue.

Investigators tell Upper East Site the suspect got away with the victim’s phone, AirPods and $750 cash— but they say he didn’t get far from the scene of the robbery before police caught up with him.

Officers flooded the area looking for the suspect and found their man just a few blocks away from the scene of the crime at the corner of East 91st Street and Second Avenue— the commotion of police activity and flashing lights drawing a crowd on the typically mundane block.

40-year-old Angel Gonzalez-Taveras— who lives just two blocks from Sabor a Mexico where the robbery occurred— was stopped and searched by officers. Officers quickly cuffed the suspect, looked through his bag and patted him down before placing him in a patrol car and taking him away.

As police conducted their investigation, onlookers gathered across Second Avenue, whispering to each other and speculating the reason for so many officers and discussing what they had read on the crime-voyeur app Citizen.

In an incident alert sent out to thousands on the Upper East Side, the popular Citizen app incorrectly identified this arrest by the NYPD as being connected to a person threatened by a man with a knife— Police made no mention of a knife in their report, much less any threats made.

Search for Armed Suspect After Person Threatened With Knife @CitizenApp

During the arrest, police tell Upper East Site that officers on scene recovered victim’s purse, phone, AirPods and the $750 cash inside. 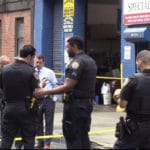