Sunday 2:00pm – Tropical Storm Henri made landfall in Rhode Island close the 12:15 pm, after the eye of the storm grazed the coast of Long Island without touching land. Henri has weakened from its peak intensity, but its 50 mile per hour winds are whipping as far as 125 miles from the center of the storm.

Soaking rains are drenching the city this afternoon after close to 4.5 inches of rain fell last night, flooding roads in all the five boroughs including the FDR Drive on the Upper East Side. According to the National Weather Service, 10pm to 11pm last night in Central Park was the wettest hour ever on record for New York City.

Sunday 10:00am – Henri has weakened slightly and has been downgraded from a hurricane to a Tropical Storm. According to the National Weather Service, maximum sustained winds are now 70mph, just shy of the 75pm required for hurricane status. As of the 8:00am forecast advisory, Tropical Storm Henri was 40 miles south-southeast of Montauk.

In the city, two-to-four inches of rain are expected over the next 24 hours, with strong sustained winds up to 30 mph with gusts as high as 45 mph, officials say.

On the Upper East Side, neighborhood fixture The Pony Bar announced Sunday morning it would be closed today due to the severe weather potential.

#Henri Update: Strong wind gusts and heavy rain continue this morning & afternoon in many parts of the State.

Continue to watch out for flooding & monitor your local forecast.

Sunday 5:00am – Hurricane Henri is 80 miles south of Montauk and is expected to slow down from 18 mph before making landfall on Eastern Long Island or New England late this morning.

Sunday 2:00am – The outer bands of Hurricane Henri brought heavy rains to New York City Saturday night that flooded the FDR Drive in multiple locations on the Upper East Side between East 90th and East 96th streets.

#Hurricane #Henri‘s outermost band brought heavy rains to Manhattan that flooded the FDR in multiple places on the north and southbound sides of the highway between 90th and 96th streets on the Upper East Side.

Hurricane Henri is now just 135 miles south of Long Island and has picked up speed, racing towards land at 21 miles per hour– though it’s expected to slow down in the morning. Maximum sustained winds remain at 75 mph.

Saturday 8:00pm – One of Hurricane Henri’s outer bands is slamming the city with heavy rain and lighting right now, forcing the We Love NYC concert in Central Park to stop and tens of thousands of attendees to find shelter.

Due to approaching severe weather, all those attending the event are to calmly move to the nearest exits and proceed to areas outside of the park. This is NOT an emergency.

Please be guided by NYPD officers who are there to help. pic.twitter.com/21PWPvp4vZ

Hurricane Henri is currently located about 255 miles south of Long Island, according to the National Hurricane Center’s latest 8:00pm advisory.

MANHATTAN – New York City is under a tropical storm warning as of 5pm Saturday and a State of Emergency has been declared in the five boroughs. The National Weather Service warns that Hurricane Henri is picking up speed over the ocean, now located 335 miles south of Montauk, and barreling towards Long Island at 18 miles per hour.

In the city, the warning means tropical storm conditions are expected within 36 hours, however we could start feeling the effects of Henri as early as tonight.

Even though the Upper East Side isn’t expected to take a direct hit from the storm, we will certainly feel it’s wrath— Henri’s 75 mph hurricane-force winds extend up to 45 miles from the storm’s eye, and tropical storm force winds extend 150 miles— so, the UES will experience heavy rain and whipping winds as Henri makes landfall on Sunday.

The City has ordered all construction sites be secured and all cranes to be tied down to prevent a repeat of the crane collapse at One57 on billionaires row during Hurricane Sandy in 2012.

Due to the high likelihood of severe high winds because of Tropical Storm Henri, Open Restaurants outdoor seating & Open Streets will not be permitted on Sunday, 8/22. Secure all outdoor furniture/barriers & take down umbrellas/tents.

The Department of Transportation announced both the Open Streets and Open Restaurants programs are also suspended through Monday morning— that means no outdoor dining, for anyone who wants to eat in the three-to-six inches of rain expected to fall.

Due to conditions from Tropical Storm Henri, City beaches will be closed to swimming on Sunday, August 22 and Monday, August 23. pic.twitter.com/HwusikMkNB

All City beaches will be closed to swimming on Sunday and Monday, the Parks Department says the conditions will be just too dangerous to go in the water.

The MTA is suspending service on Metro North’s New Haven Line and the LIRR’s Montauk Branch east of Patchogue, and between Ronkonkoma and Greenport. 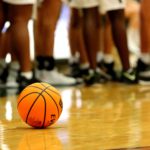 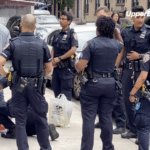