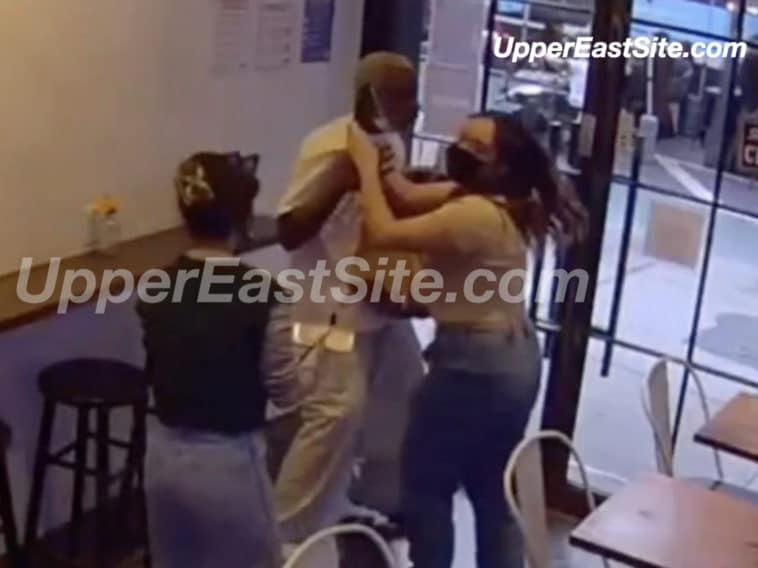 MANHATTAN – It all happened in a flash. A man dressed in white walks into Chicken Insider, a popular Korean fried chicken restaurant on the Upper East Side, and starts ripping a tablet computer off the counter. Surveillance video shared with Upper East Site shows how quickly a family-owned neighborhood business can fall victim to a thief looking for an easy score— that’s until employees fought back.

“The guy just came in and it was very natural,” said Chicken Insider co-owner Seong, “without any hesitancy.”

It was around 7:30 pm last Friday night when the unnerving scene unfolded at the restaurant— located at 1752 Second Avenue, between East 91st and 92nd Streets.

The would-be thief, believed by the restaurant’s staff to be a homeless man, is seen pulling open the glass door, casually strolling past customers waiting for their meals, and nonchalantly tries to grab the tablet— trying to obscure it from the view of the customers with a jacket.

“The tablet right here, it’s visible from the outside,” Chicken Insider co-owner Seong showed Upper East Site, pointing to the line of computer tablets on their counter synched to food delivery apps.

“That’s the first thing that he reached out and then there was a her cell phone on the table. He took that one as well,” Seong explained.

When the plugged-in power cord foiled his plan to be subtle, the thief— who was wearing a mask around his chin— leaned over the counter and began tugging at cords until they disconnected.

Surveillance video then shows the suspect grab a cell phone on the counter and stuff it in his coat along with the tablet.

At that moment, you can see a Chicken Insider worker comes out from the back and confronts the thief.

The first words out of her mouth were “what are you doing!?” the worker told Upper East Site, adding that “he was like ‘can I get a napkin?”

A split-second later, another employee comes out and the two of them demand he turn over the tablet and phone. In the commotion, the thief drops the tablet and tussles with the second worker he tries to escape— losing the cell phone he also took in the process.

The Korean fried chicken restaurant’s owners tell Upper East Site that this was no random crime of opportunity.

Co-owner Jayden said he saw that same man leering through the windows of the eatery that very morning, apparently casing the joint— before coming back hours later.

“That man was not armed, but if he had a knife or a gun, we don’t know,” Seong said, “so it was very stressful.”

Thankfully, no one was hurt and their property wasn’t stolen in the end. 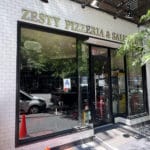 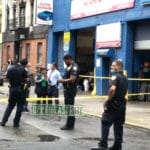