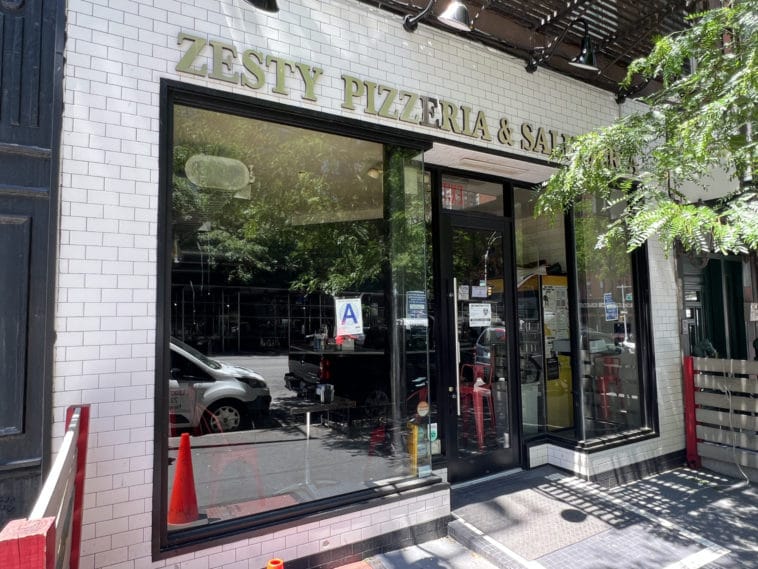 MANHATTAN – They were slinging slices and serving pizza pies on the Upper East Side for seven years, but according to court records, for the last two years the shop allegedly kept all the dough. Now, Zesty Pizzeria has been evicted from its Third Avenue storefront by the New York City Sheriff, the landlord saying they owe more than several hundred thousand dollars in unpaid rent.

When Zesty Pizzeria opened at 1670 Third Avenue, between East 93rd and 94th Streets, it had been a year since the original Zesty’s— an Upper East Side fixture for more than thirty years, located a few blocks to the north— had closed because its lease had ended.

The old pizzeria’s building was slated for demolition to make way for The Kent luxury condominium located at the corner of East 95th Street.

“I’m very, very excited to be back,” said Stefano Grimaldi, son of the original Zesty’s founder Salvatore Grimaldi, in an interview with DNA info a few months before the new shop opened in 2015.

“I’ve been telling everybody in the neighborhood and I’ve called back my old workers to ask them to come back.”

Things were rocky from the start.

In 2016, an NBC New York investigation revealed the shop had been operating without an inspection from the New York City Department of Health and Mental Hygiene for nearly a year.

Restaurants do get a grace period, the Health Department told NBC New York, but not anything that long.

When asked about the lengthy delay in an inspection, Salvatore Grimaldihad no apology, but a theory who complained about the restaurant.

“People who, maybe, they get jealous,” said Grimaldi, who is not related to Brooklyn’s famous Grimaldi’s Pizzeria.

When the pandemic hit New York City in March 2020, Zesty’s landlord says the pizzeria stopped rent altogether, according to a lawsuit filed  against the pizzeria and the younger Grimaldi that fall.

According to court documents, Zesty’s and Grimaldi never responded to the suit despite being served— leading to a default judgement against them by the judge in June 2021. The total unpaid rent continuing to grow.

During that time attempts to settle the suit were fruitless, though Zesty did seek a rent reduction from fifteen thousand to six thousand a month— just over a third of their original rent.

Zesty’s stayed open serving pizza to neighbors on the Upper East Side, but also stopped paying their real estate taxes and water bills, the lawsuit says.

In April 2022, a lawyer for the Zesty’s would finally object to the default judgement, making a list assertions including that Salvatore and the business were not served property and that they couldn’t pay any rent for more than two years because of the Covid-19 pandemic— including both the closure that lasted more than a month and slower business in the time after their reopening.

“Defendants’ claim that their business is reduced and that they can only pay reduced monthly rent,” writes Lauren De Lotto, attorney for Zesty’s landlord.

“Defendants have chosen not to make any payment toward rent. Defendants’ failure to make even those partial payments of rent that they claim they can afford, speaks volumes as Defendants’ lack of good faith,” she adds.

Claim’s of not being served correctly were also debunked by testimony from a different attorney for the landlord who spoke with Mr. Grimaldi after the suit was filed in 2020.

The judge in the case sided with the landlord, denying Zesty’s motions, according to court records.

If you pass by the shop today, you’ll find it dark inside, the red neon sign turned off and a Sheriff’s notice posted on the door.

Last Thursday, the New York City Sheriff evicted Zesty’s Pizzeria from its home of seven years on Third Avenue— taking possession of the storefront for the landlord, which claims to be owed more than $300,000 in back rent.

Upper East Site reached out to attorneys representing each side in this lawsuit for comment. We’re waiting to hear back. 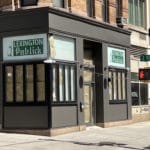 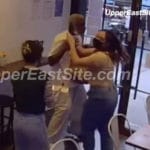