MANHATTAN – They were in-and-out in a flash. An organized crew of smash and grab thieves targeted an Upper East Side boutique early Wednesday morning— breaking into Designer Revival during the cover of night and getting away with $40,000 in luxury bags including those by Chanel, Saint Laurent, and Louis Vuitton.

Surveillance video shared exclusively with Upper East Site shows it all went down just before 2:30 am Wednesday— police say the three suspects broke into the Designer Revival, located on East 81st Street between First and Second Avenues, cutting through the padlock securing the metal shutters, then smashing their way into small shop, shattering the glass front door and making a beeline for the display case to pilfer the pricey purses.

“We are completely devastated by this attack on our small local shop, the [second] robbery in less than two years,” Designer Revival wrote in a statement on Instagram revealing the break-in.

The consignment store’s cameras and alarm system— which can be heard blasting from the moment the thieves get inside— also weren’t a deterrent for the trio of crooks, showing you can take all the right precautions and still fall prey to determined criminals.

“Hurry up! Hurry up!” one of the suspects is heard saying in the surveillance video of the heist.

It takes less than thirty seconds from the time the thieves get in the store to clean out an estimated $40,000 in merchandise– making a speedy getaway in a waiting car with a fourth suspect behind the wheel.

This is the latest smash-and-grab burglary in a long string of crimes targeting upscale shops on the Upper East Side, mostly on Madison Avenue.

In February, a crew of seven thieves barged in The Real Real luxury consignment shop— located on Madison Avenue near East 71st Street—  grabbing everything from handbags to jewelry and watches, and getting away with the loot worth nearly $500,000.

Meanwhile last November, crooks smashed their way into into Givenchy store on Madison Avenue at East 65th Street in the middle of the night to pilfer pricey purses worth more than $79,000.

“Justice will ultimately be served to the deplorable thieves,” Designer Revival said in a statement.

“No matter how many times we get knocked down, we will stand strong and continue to serve our local community,” the shop added.

The store was closed at the time of the break-in, so thankfully no one was hurt.

If you recognize the suspects in the surveillance video of have any information regarding the brazen thefts, you’re asked to call NYPD Crime Stoppers at 1-800-577-8477. 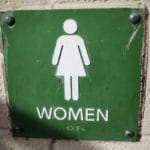 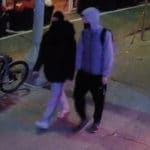