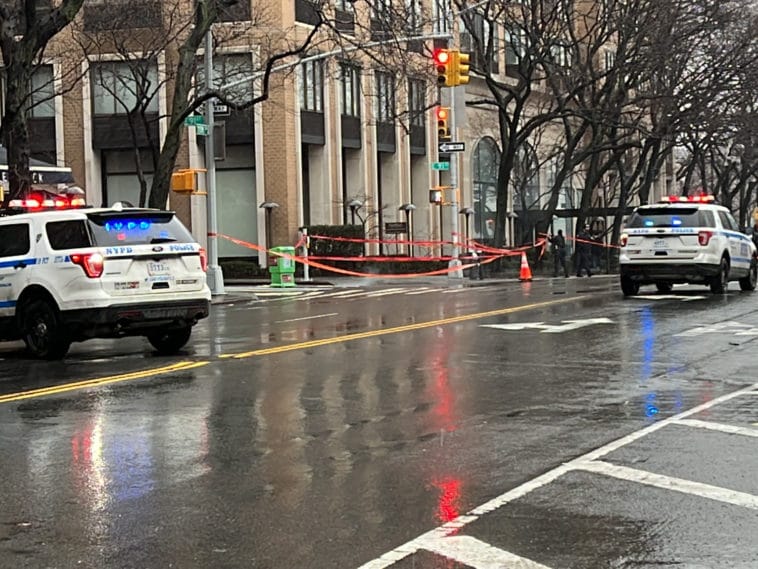 MANHATTAN –  A manhole fire shut down a Yorkville block for more than three hours in the heavy rain Friday afternoon, as police cordoned off the area at the corner of East 91st Street and York Avenue and warned passers-by of a possible explosion danger.

Con Edison confirms to Upper East Site that a feeder line went down in the underground vault— and despite the fire that sparked around 2:15pm this afternoon that initially sent black smoke billowing from the ground, there were no power outages or any impact on customers.

Above ground— NYPD officers quickly closed off the intersection once the manhole began smoking, as well as a stretch of York Avenue between East 90th and 92nd Street, only allowing people leaving Asphalt Green to walk down the block with a police escort in the pouring rain.

Upper East Site watched as several Upper East Siders tried to get to the gym at Asphalt Green, but were turned around by police and told there was no access due to the danger from the manhole fire.

Con Edison crews arrived on the scene just after 3:00 pm and immediately went to work— appearing to test the metal surface of the manhole grate for current before making repairs.

Chez Nick, a restaurant located within the cordoned off area around East 91st Street and York Avenue told Upper East Site they received the all clear around 5:15pm, a full three hours after the fire began. 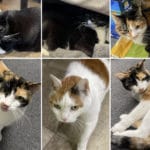 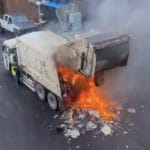