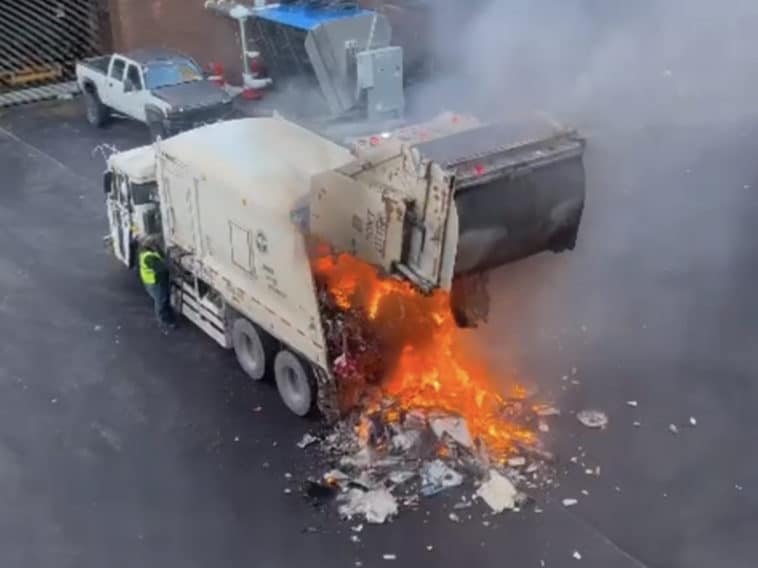 MANHATTAN – A shocking scene was caught on camera in Yorkville on Saturday, when a garbage truck went up in flames— the bright orange fire shooting from the rear of the Department of Sanitation truck, stunning those watching from their apartments high above.

“Oh shit,” Joe Scalesi is heard saying on video shared with Upper East Site as a pile of flaming trash is dumped from the rear of the DSNY truck.

The intense flames can be seen jumping from the trash that’s fallen on the ground— and as well as the garbage still burning inside the back of the garbage truck.

Firefighters can be seen standing by in the video, ready to attack the fiery garbage pile in the parking area behind Knickerbocker Plaza off of East 92nd Street near Second Avenue around 9:15 am this morning.

“I sitting in my room watching [the] ‘And Just Like That’ documentary and I’m like, ‘why do I smell burned rubber?’ Scalesi told Upper East Site.

The trash-fueled fire spewed noxious smoke into the frigid morning air as FDNY crews hosed down the flames on the ground and in the back of the truck— the thick acrid smoke seeping into buildings nearby.

“My whole house stinks,” Joe complained, and he is not alone.

The lobby of Knickerbocker Plaza stunk of burnt plastic as firefighters battled the flames on the opposite side of the building— even apartments high over Second Avenue could smell the smoke seeping in through their closed windows.

Even once all the visible fire was out— FDNY crews continued to hose down the rear of the DSNY garbage truck, making sure every ember was doused— giving the all clear around 9:45 am, a half hour after the fire began. 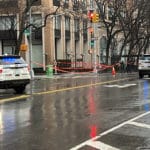 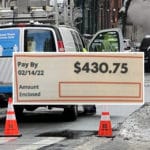