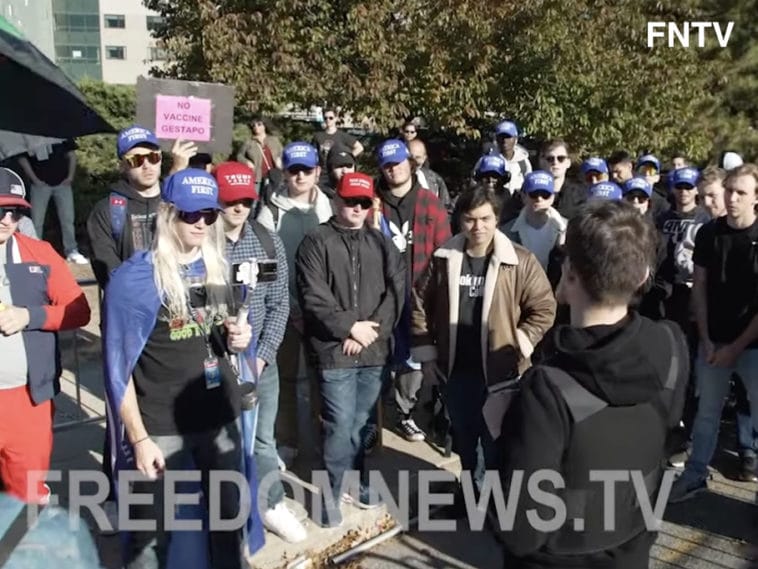 MANHATTAN – This Saturday afternoon, East End Avenue at East 87th Street near Gracie Mansion will be awash in anti-vaxxers once again— this time with a twist, as the anti-vaccination rally will be lead by infamous white supremacist Nicholas Fuentes— who revealed in his Telegram channel Thursday that it was “kind of ironic” he got “SICK.”

“I’m wearing this bulletproof vest here today” Fuentes told a fired up crowd outside a Staten Island hospital on Tuesday, “BECAUSE THEY’RE GONNA HAVE TO KILL ME BEFORE I GET THIS VACCINE!” he shouted.

According to the Anti-Defamation League, Nicholas Fuentes grew as a popular far-right white supremacist organizer after reporting receiving threats as a college student after the ‘Unite the Right’ rally in Charlottesville, Virginia in August 2017.

Since then, he’s become the host of a live-streaming show called ‘America First,’ and has continued to spout off “a number of racist and antisemitic comments under the guise of being provocative and ironic,” according to the ADL.

This week, Fuentes came to New York City to spread his anti-vaccination message.

“I don’t know about you,” the white supremacist leader told the crowd wearing blue ‘America First’ hats outside of Staten Island University Hospital on Tuesday, “but I choose Jesus Christ, I choose America first and I choose no vaccines EVER!”

A flier for Saturday’s Upper East Side rally shows a broken syringe and simply reads ‘New York City Protest’ and lists information on the event.

Social justice advocates have pointed out that the location the white supremacist chose for the anti-vaccination rally is just one block from the Black Lives Matter memorial created inside the entrance to Carl Schurz Park at East 86th Street and East End Avenue.

The East End Avenue rally location selected by Fuentes is also near the Mayor’s residence, Gracie Mansion, though it’s not clear why that site was chosen.

A counter-protest flier declares ‘White Nationalists out of NYC’ and directs demonstrators to arrive at the same location a half-hour earlier than the Anti-Vaccination protest, which is scheduled for 4:30pm.

On Thursday, Nicolas Fuentes cancelled his “America First” livestream show, telling followers on Telegram “No show tonight— IM SICK and so is Simon.”

“Kind of ironic,” Fuentes added, not quite understanding the definition of irony— which is the opposite of what you’d expect for humorous effect.

Fuentes has not said whether he’s been tested for Covid-19, but later he claimed on Telegram that he threw up because he ate too much expensive steak and lobster macaroni and cheese.

“I don’t have COVID and I’m not sick,” Fuentes wrote, “I’ll be at the rally on Saturday.” 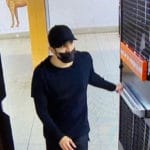