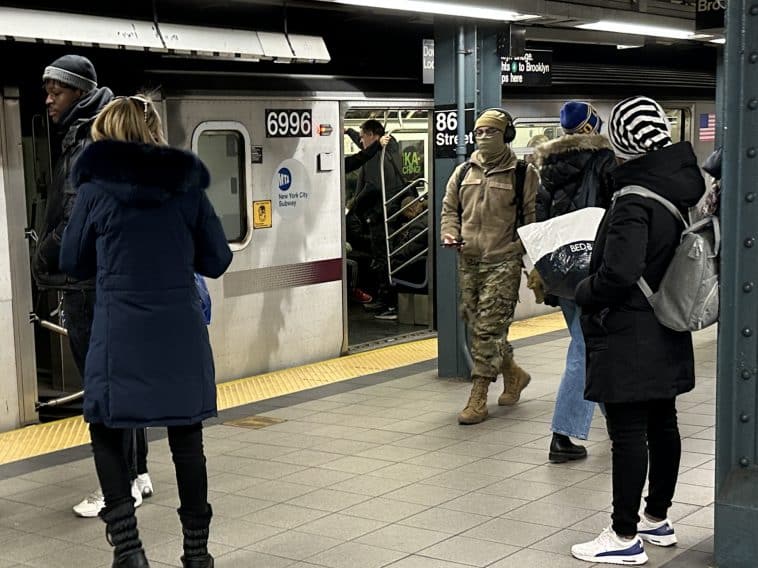 This article was originally published on Dec 21 7:46pm EST by THE CITY

With COVID mounting a winter comeback, New Yorkers with disabilities called on Gov. Kathy Hochul and the MTA to reinstate the face mask requirement on trains, buses and paratransit vehicles.

The latest push to restore the mandate, which was lifted in September, comes as cases of coronavirus and other respiratory illnesses have been surging and as city health officials earlier this week recommended people wear masks indoors and in crowded outdoor settings.

At a hearing at MTA headquarters on Wednesday, transit officials heard from several people with disabilities who pushed for a return of the mask mandate, citing the guidance of health authorities, and from MTA board members who asked why Access-A-Ride drivers are not required to cover their faces.

“The mayor today in The New York Times is pushing a new mandate because of the rise and spread of COVID, the flu and all the rest,” said David Jones, an MTA board member. “And I’m wondering why we can’t have that kind of mandate, at least for those drivers that we’re actually controlling.”

The city health department also “strongly recommend[s] everyone to wear masks in all indoor public settings to reduce the spread of these viruses.”

“I think it’s pretty clear that we need to defer to the public health authorities of the state and the city,” Janno Lieber, MTA chairperson and CEO, said Wednesday during the agency’s monthly board meeting. “And if indeed there is direction other than the policy we have now, we will obviously comply.”

It was only the latest call to reinstate a mask mandate. In September, THE CITY reported that many of the same voices warned that the MTA’s messaging on facial coverings was confusing.

“They never should have lifted it,” Ruth Lowenkron told THE CITY about the mandate, prior to the Wednesday meeting. Lowenkron is director of disability justice at New York Lawyers for the Public Interest. “And absolutely now, with COVID coming back with a vengeance, with R.S.V. and the flu, now is the time to put that mandate back in place.”

Others noted the lack of masking has caused some people with chronic illnesses to avoid public transit.

“There is no urgency on the MTA or Governor Hochul’s part to mandate masks, which means many disabled and immunocompromised New Yorkers avoid public transportation because they are unwilling to risk their own lives or those of their loved ones when the majority of people don’t mask,” said Cara Liebowitz, advocacy coordinator for the Brooklyn Center for the Independence of the Disabled.

MTA data shows that subway and bus ridership is around 60% of 2019 totals, while usage of paratransit services on Access-A-Ride topped 80% of its pre-pandemic levels on 18 days in December.

Those calling for return of a mask mandate said it would be especially useful for riders of the MTA’s paratransit services.

“It’s critical, especially on Access-A-Ride, where you’re in cramped quarters for long rides with strangers,” Lowenkron said. “It’s the least we can expect, it’s the moral thing to do, and why not?”

ALSO READ | Moratorium on Massive 5G Towers Approved by UES Community Board, May Not Slow Rollout

The call for a renewed mask mandate came as the MTA board unanimously approved a $19.2 billion operating budget for next year that anticipates higher-than-expected fare increases as well as scaled-back service on Mondays and Fridays on multiple subway lines.

“Voting for fare increases that’s included in the budget flies directly in the face of the stated main priority of the MTA… which is to increase ridership,” said board member Midori Valdivia, who said she may vote against such budgets in the future.

Transport Workers Union Local 100 has also been critical of the planned adjustments to service on Mondays and Fridays, when ridership has been significantly lower thanks to pandemic working patterns. They said the proposed reductions — which would be accompanied by increased weekend service on the G, J and M lines — could lead to more assaults on transit workers by frustrated riders.

“I’ll get right to the point: service cuts are a terrible, terrible idea,” said Richie Davis, the union president. “And TWU Local 100 will fight you every step of the way.”

The changes could become effective in June. Transit officials insist the scheduling changes on the 1, 6, 7, E, F, L and Q lines will be minor tweaks that would not be noticed if they weren’t talking about them.

“If we’re running 100% of service now [and] the changes do become effective… we would be running 99.8% service,” said Richard Davey, the president of New York City Transit. “So again, nibbling on the edges on Mondays and Fridays.”

Eman Rimawi-Doster, the Access-A-Ride campaign coordinator and organizer for New York Lawyers for the Public Interest, told the hearing paratransit service is her only option for public transportation, but not a comfortable one.

“COVID isn’t over, but you keep acting like it is,” said Rimawi-Doster, who is a double amputee. “I’ll be at risk, because most drivers don’t wear a mask and I have to open the window even on cold days because I don’t want to catch COVID.”

MTA statistics showed mask usage in the subway had dipped to 64% in the subway and 67% on buses by April — down from highs of more than 90% in the spring of 2021.

The agency stopped doing mask-wearing surveys in April but usage seems to have dropped significantly since the mandate was lifted this fall.

“You and I are both riders,” Lieber told THE CITY. “And I bet we would probably come to the same conclusions about where usage is right now.” 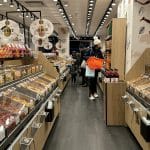 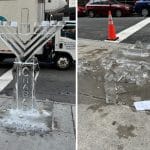