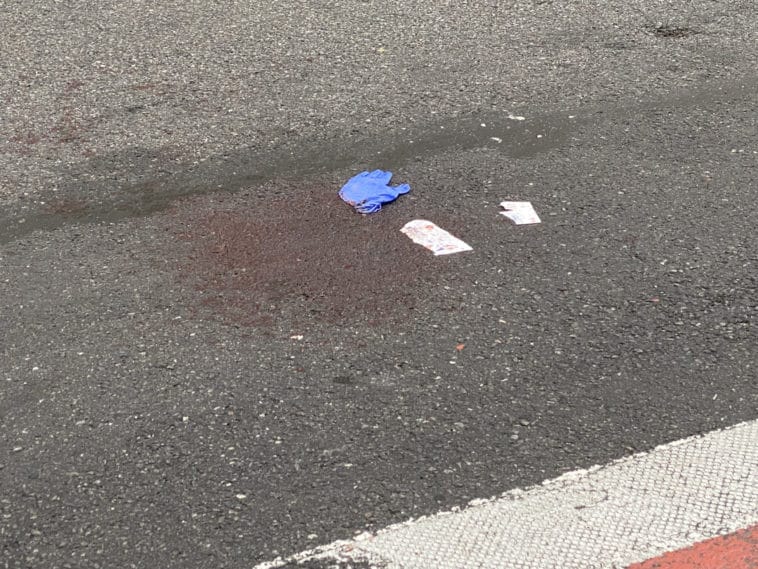 MANHATTAN – A pool of coagulating blood in the hot summer sun, a rubber glove and some gauze sits in a lane of traffic on Second Avenue, the only signs of the gruesome slashing– initially reported to police as a stabbing– that unfolded a half-hour earlier, just after 6pm, near the intersection with East 74th Street.

Late Sunday night, officials clarified to Upper East Site, this began with a dispute on a bus between two men and continued when the two got off.

A witness dining at Zucchero e Pomodori, a block north of the crime scene at East 75th street, told Upper East Site he heard the two men arguing on the sidewalk.

They were shouting at each other, screaming, he told us– with someone else holding them apart— the witness says one of the men was cursing at a woman, calling her a liar and a ‘fucking bitch.’

The argument escalated as the group moved down Second Avenue where the victim was slashed in the arm and bled into the street before being treated by paramedics, put into an ambulance and rushed to the New York Presbyterian Hospital.

According to police communications, the slashing victim is in stable condition and officials tell us they are not likely to die from their injuries.

Officials tell Upper East Site the victim is not cooperating with investigators.

The NYPD issued a Level One mobilization in response to the bloodshed in broad daylight, sending a flood of officers to the area, likely in an attempt to flush out the stabbing suspect.

SEE IT: March on Gracie Mansion for Homeless Rights

This is the second knife attack in broad daylight in just over a week’s time. A 26-year-old man was stabbed in the torso multiple times outside a Citibank on East 86th Street in Yorkville by a complete stranger on Friday, July 2nd.

Now, this latest bloodshed in Lenox Hill has neighbors rattled.

“What is happening to this area?” One reader asked Upper East Site in disbelief.

“[It] just seems like it’s all getting worse and worse,” Linsday, an Upper East Sider, commented. 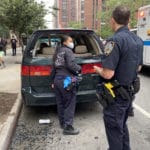 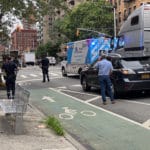