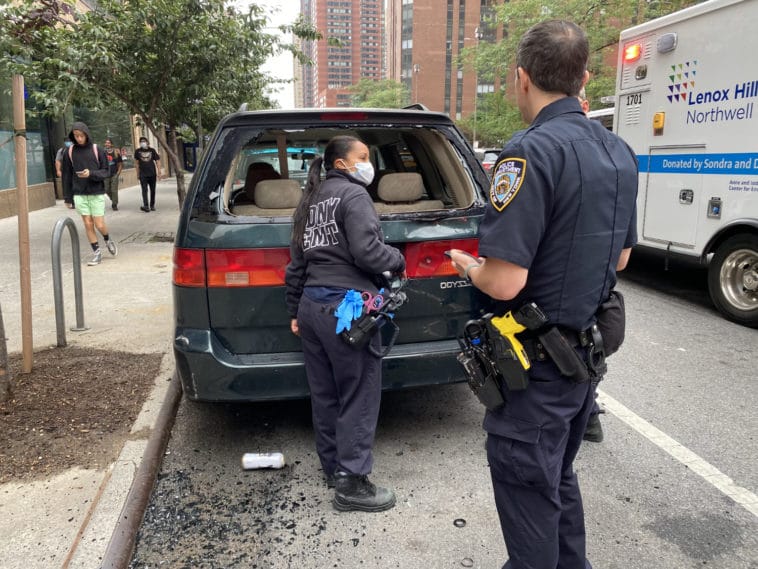 MANHATTAN – A strange crash on the Upper East Side Sunday morning around 8:00 am that even had the NYPD officer on scene scratching his head– a cyclist had apparently crashed into the rear of a Honda Odyssey minivan in front of the Chase Bank at the corner of East 90th street and Third Avenue in Yorkville.

At least three 911 calls came in for the crash, according to police communications, however it was initially reported as a pedestrian being struck by a car. Once on scene, it as clear it was clear that wasn’t the case, and actually closer to other way around.

None of the witnesses who called 911 were still on the scene when Upper East Site arrived minutes later– but first responders were already there tending to the cyclist, his bicycle in the rear of the ambulance, its back end sticking out a side door.

Paramedics picked up personal items, like the cyclists headphones, from the street and looked into the van, parallel parked on Third Avenue, for anything that may still be inside.

The cyclist, who apparently veered out of a traffic lane in the intersection, striking the van with such force it left a large dent in the Honda’s rear lift gate, the entire rear window shattered where the cyclist slammed hard into the glass.

The NYPD officer on the scene meticulously took notes of all the evidence at the scene, trying to write down every fact he could in this strange case that would send the cyclist to the hospital– the extent of their injuries are not known at this time. We’ve reached out to the FDNY for that information.

An empty beer can sat under the rear of the minivan, however, it’s not clear if that is related to this morning’s crash, or if it was litter left behind by someone else.

Upper East Site will stay on this breaking news throughout the day. 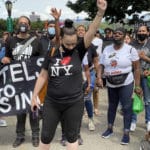 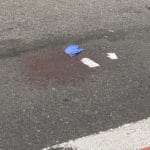