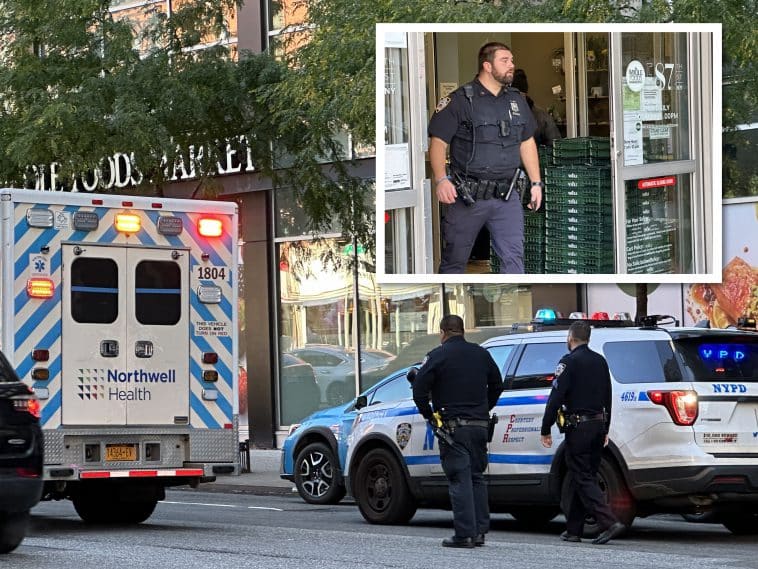 The Upper East Side’s Whole Foods store is the latest scene of a shoplifting-turned-violent, becoming what one security guard said was like a horror movie— on what should have been a quiet Sunday morning. That’s because, he says, once the suspect got caught by security, they gnawed on a guard’s finger, leaving him bloody and and without a fingernail.

Police confirm it was just after 9:00 am Sunday morning when the suspect went into the Whole Foods store at 1551 Third Avenue between East 87th and 88th Streets and started shoplifting.

A Whole Foods security guard told Upper East Site the woman is known to his team, regularly trying to swipe pricey products inside the grocery store. Usually, he says his staff is able to take the merchandise away from her and throw her out— usually.

Police say security stopped the shoplifting suspect walking out of the store, thats when they started throwing punches and one guard that wrestled her down got bit.

“It was like a zombie movie, I’ve never seen anything like that before,” he said, still in shock over the chomp police say the suspect took out of his coworkers finger during a scuffle on the ground.

“It was bleeding and his nail was hanging off.”

Another Whole Foods worker was hurt when the suspect got up and threw a bottle, hit them and leaving a lump on their head.

As the UES crime rates surge, police say grand larceny accounts for 70% of all crime in the neighborhood.

The bloodshed at the Whole Foods store comes as the NYPD used the Upper East Side’s 19th Precinct as an example of the difficulties police are facing with a small group of repeat offenders.

“Alone, those same individuals have been arrested 1,027 times citywide this year.”

“So as our officers and our detectives go out every day and do their jobs,” Chief Corey continued, “These 43 people are doing their job, and their job is to steal and to steal as much as they can, and as often as they can.”

“The reason that they’re able to do that is because right now, the only consequence that they face is spending a couple of hours in a police station, a minor inconvenience. And then they are immediately re-released and go on to steal again,” Chief Corey added, pointing to the state’s controversial bail reform laws as driving the increase in crime citywide.

Back at Whole Foods, two ambulances were parked out front the Third Avenue grocery store Sunday morning as EMTs and paramedics tended to security guard and store workers injuries.

Detectives say the suspect in this assault was able to flee the location and their investigation is ongoing.

Police have not indicated whether this suspect is one of the repeat offenders driving the surge in crime. 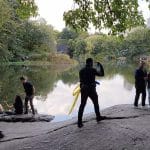