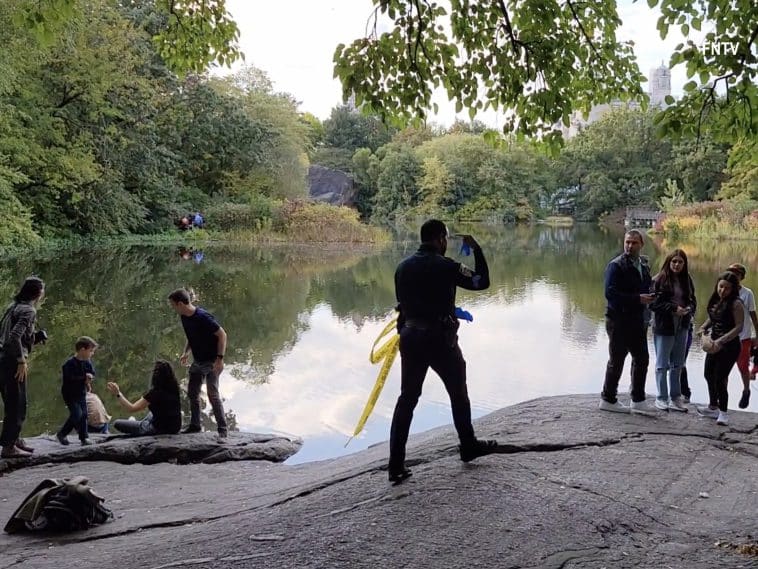 Police officers told park-goers that had to leave Monday afternoon, as they sat on a rock along the edge of Central Park’s Turtle Pond. The NYPD forced them to go from their cozy spot, as a small team across the pond prepared to remove a stiff, bloated corpse found floating in water. It is the second dead man found in a Central Park body of water in just two weeks time.

“We were just hanging out,” said Pressley and CJ, two young women who were sitting on the rock by the pond when police told them they needed to leave the area.

“It was normal like an hour ago,” Pressley added.

Police tell Upper East Site that a man’s body was found just before 4:30 pm at Central Park’s Turtle Pond, located in the middle of the park just north of the 79th Street Transverse, near the Delacorte Theater.

Graphic video from our news partners at FreedomNews.tv shows the man’s fully-clothed dead body floating face up— the tips of his toes, hands and distended belly were all visible as a NYPD diver, standing in the nearly hip deep water, dragged the body to the shore.

“There’s a lot of stuff happening in the city recently, so it doesn’t feel super uncommon. But, it’s still disturbing,” said CJ.

This is at least the fourth time a man’s dead body has been discovered in Central Park in the past year.

It was fewer than two weeks ago, when a different man’s dead body was found floating in The Lake in Central Park. Back on September 30th, the body of a fully clothed man, believed to be in his 20s, in was discovered in The Lake near 79th Street and West Drive.

Last January, a decomposing body was found in a thicket of bushes behind the Metropolitan Museum of Art near the 79th Street Transverse, believed to be that of a homeless man.

Police say another man, Elvis Garcia, was strangled with a rope in a meadow behind the Central Park Zoo near East Drive and the 65th Street Transverse in September 2021. A suspect has not been identified in that case.

As for the man whose body was discovered Monday, police say Office of the Chief Medical Examiner will determine his cause of death. 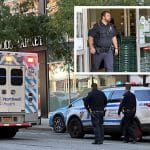 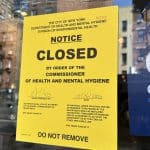