The manhunt for the suspect wanted for stabbing three homeless men while they slept— killing one of them— is over. Police say 40-year-old Trayvon Murphy was arrested this morning in Harlem after a Good Samaritan recognized him from surveillance photos released by the NYPD.

Investigators say a Good Samaritan called 911 after spotting Murphy just before 6:45 this morning sitting at a bus stop near West 128th Street and St. Nicholas Avenue— still wearing a hoodie for the Innocence Project, a group that works to exonerate the wrongfully convicted.

The Good Samaritan also notified nearby officers who moved in to make the arrest. Police say Murphy had a knife in his back pocket when officers apprehended him this morning.

“He has also made statements to investigators identifying himself and still images related to the attacks,” said Joseph Kenny, NYPD Assistant Chief of Detectives.

Photos taken by our news partners at FreedomNews.tv show Murphy being escorted by detectives from the NYPD’s 6th Precinct station house in the West Village to a waiting police cruiser on Wednesday.

The stabbing spree began just after 3:00 am on Tuesday, July 5th, when detectives say Murphy, who is homeless himself, plunged his knife into a man sleeping on a bench near West Street and Christopher Street in the West Village. The 34-year-old victim died of his injuries.

Two days later, on Friday, July 8th around 10:00 pm, police say Murphy knifed a 59-year-old homeless man as he slept near East 49th Street and Madison Avenue in Midtown. He is currently hospitalized in stable condition, according to police.

Finally, around 3:30 am Monday morning, a 28-year-old man was stabbed while sleeping on a basketball court at the Stanley Isaacs Playground on First Avenue between East 95th and 97th Streets on the Upper East Side.

That victim was taken to Metropolitan Hospital in stable condition.

“This suspect should not have been on our streets. He was already convicted in Tennessee and given probation, which he violated and he was wanted on an outstanding warrant,” said Commissioner Sewell.

“Additionally, Mr. Murphy was released on his own recognizance after he attacked a roommate in Queens back in April,” Sewell added, noting the suspect has a court date scheduled for next week in that case.

“We are thankful for the combined effort to apprehend this subject quickly and safely.” 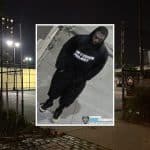 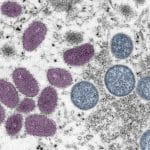