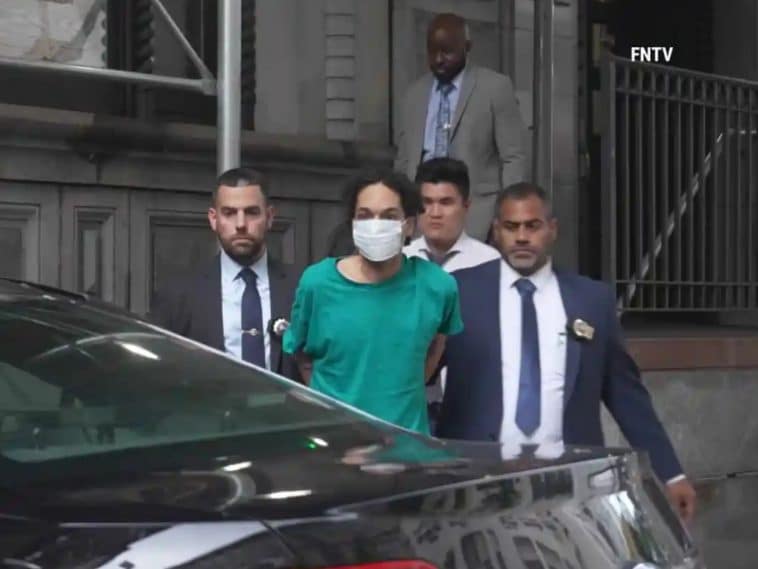 Jorge Santiago, 34, is charged with attempted murder and assault | L2FTV/FreedomNews.tv

The stabbing suspect who set off a manhunt Friday morning on the Upper East Side after police say he plunged his knife into the neck of a security guard at a Chase bank branch is now in police custody, Upper East Site has confirmed.

Investigators say 34-year-old Jorge Santiago was arrested early Saturday morning in the Bronx. He was then transferred to the NYPD’s 19th Precinct on East 67th Street.

Detectives spent several hours questioning Santiago– who lives on East 96th Street near Second Avenue– before escorting him to a waiting police cruiser Saturday night. He is now charged with attempted murder, assault and criminal possession of a weapon in connection with the stabbing.

The bloodshed unfolded just after 9:00 am inside the Chase bank located at 244 East 86th Street, after police say a customer had become belligerent with a teller and was asked by a manager to leave the bank– that’s when the security guard tried to intervene and the suspect stabbed the guard in his neck.

Friday morning’s bloodshed shut down the corner of East 86th Street and Second Avenue for hours as investigators spoke with witnesses and combed through surveillance video of the stabbing.

The critically-injured 59-year-old security guard was rushed to Weill Cornell Medical Center with life-threatening injuries, according to police.

“I saw the blood on his shirt,” said one woman who was eating breakfast across the street and saw the security guard after the attack, “I hope he is alive.”

An update on the guard’s condition was not immediately available. 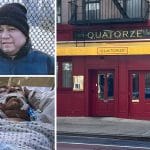 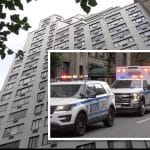