MANHATTAN – Some Upper East Siders never thought they would see the day the Second Avenue subway would open for service, but its been five years since the first Q train pulled out of the East 96th Street station. Now, it seems those skeptical neighbors may also get to see construction begin on the Second Avenue subway’s long awaited expansion to East Harlem.

Connecting the Second Avenue line to Metro North at East 125th Street, the planned expansion received the green light from the US Department of Transportation this month to move forward on the Engineering phase of the project— as funding is sought through $23 billion in grants available under last year’s Infrastructure Investment and Jobs Act signed by President Biden.

“This moves us into the home stretch towards full funding and the start of construction on this incredibly important project,” Governor Kathy Hochul said.

“I can’t wait to get the trains running,” Hochul added.

“Bringing the Q Train to 125th Street will be a game changer for our City as we rebuild from the COVID-19 crisis,” Congresswoman Carolyn Maloney said.

Rep. Maloney met with Transportation Secretary Pete Buttigieg during his visit to New York City last year— emphasizing how important the Second Avenue subway expansion project is for the city.

“It will reduce the dangerously overcrowded Lexington Avenue line while also committing to the City’s century-old promise to our people to create another east side line,” Maloney added.

Not all of that track will be new construction though— a segment of tunnel built nearly 50 years ago stretching from East 110th Street to East 120th Street along Second Avenue will be incorporated into the current project.

The expansion to East Harlem would bring the Second Avenue subway’s ridership to 300,000 daily—  equivalent to Philadelphia’s entire rail system— according to the MTA’s Acting Chair and CEO Janno Lieber.

Some Upper East Siders who travel north to East Harlem for work everyday say the Second Avenue subway expansion to East 125th street would make their commutes a lot easier.

“Not only would the extension to 106th be perfect for my daily commute from Yorkville to East Harlem,” biomedical researcher Prerna Suri told Upper East Site, “having it potentially extend to 125th would greatly help connectivity to the metro north station which I have to take quite often for work.” 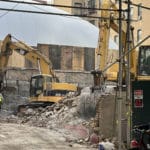 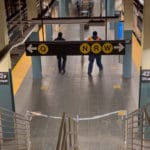