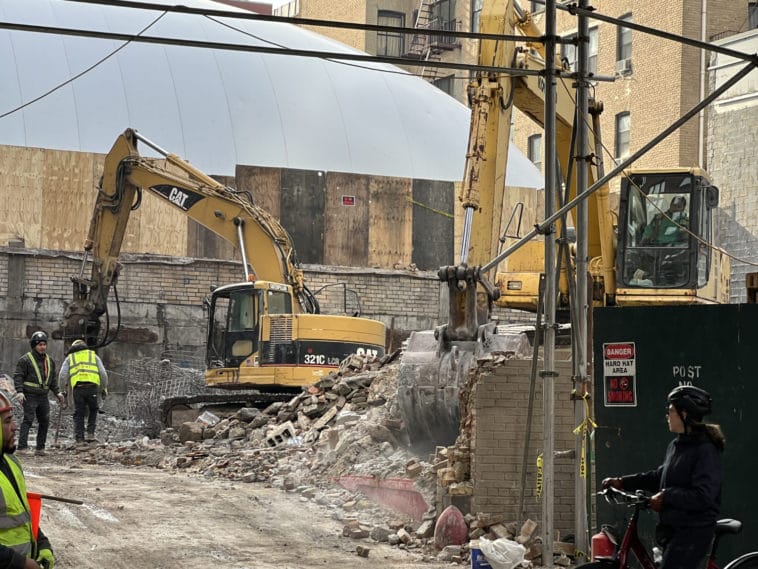 MANHATTAN – As the Covid 19 Omicron variant spread like wildfire over the last several weeks, New Yorkers turned to working from home once again to protect themselves, their neighbors and their families. Though for one Upper East Side block, working from home has become borderline torture due to the banging, crashing sounds as construction crews demolish a building. The commotion is fraying nerves, but city inspectors keep coming up empty.

The piercing, non-stop noise from the demolition, including the giant jackhammer fixed to the arm of an excavator being used to tear up  concrete, starts before 7:00 am many days, neighbors say, sometimes just minutes earlier than permitted hours under New York City law— but the unexpected jarring sounds are more than enough to throw families’ mornings into chaos.

“This started at 6:50 today,” neighbor Lauren Trapanotto wrote on Twitter, including video of the construction happening across the street from her.

“I do not believe they are not in violation.”

According to 311 data, more than seventy noise complaints were made for  the property, a former rental car garage, and the surrounding area since demolition started in December.

As it turns out, inspectors from the City’s Department of Environmental Protection, have made just three visits during that time— one complaint made in the morning was closed that same afternoon, before an inspection would have even been able to take place.

📢 on. For the last few wks, this has been happening across the street ~10 hr a day. I’m literally sitting here icing a migraine while I try to work. This lot, btw, is not becoming anything useful, like housing, but a storage unit so people can store their extra crap. pic.twitter.com/3g75wcDhZp

DEP, which handles construction noise complaints, says that they did find jackhammering going on during a January 4th inspection, but found the volume to be within acceptable limits.

Neighbors are fed up.

“I’m two blocks away and hear this,” Suzan Fruchtman wrote on Twitter.

“Whatever is ‘permitted’ does not have sufficient sound mitigation,” she added.

“We started getting complaints about this particular site, so we reached out to the Department of Environmental Protection and to the City’s [Department of Buildings] and asked them to send inspectors to investigate,” Menin told Upper East Site.

“We had them send out inspectors, at this location, three times in the last three weeks.”

The disruption being caused by the excessive and after-hours noise is unacceptable, Menin says, adding that she’s even brought noise concerns to the attention of City Hall and the Deputy Mayor of Operations which oversees DEP and DOB, which investigates after hours construction complaints.

The Department of Buildings tells Upper East Site the agency has only received one complaint regarding after hours work, both filed this week. On the morning of Wednesday, January 12th, inspectors with DOB found no work being done before 7:00 am.

Inspectors returned to the construction site on East 90th Street on Saturday, DOB tells Upper East Site, but found no work being done after hours.

Neighbors say it would be somewhat easier to tolerate the over the top noise if they knew the construction were toward a good cause, like affordable housing.

Instead they say it just adds insult to injury that their continued suffering is at the expense of a to-be-constructed eight story self-storage facility.

“This lot … is not becoming anything useful, like housing, but a storage unit so people can store their extra crap,” she added.

Council Member Menin says that the Department of Buildings will now be placing special attention on the construction site on East 90th Street between First and York Avenue.

“DOB has now said they will continue to monitor and investigate this construction site to ensure they’re not performing any unauthorized after hours work,” Menin says.

Neither demolition contractor Celtic Services NYC, nor the developer, Parkland Group could be reached by Upper East Site for comment and messages were not returned by the time of publication.

Update: The contractor for the site was cited for excessive noise, read more here. 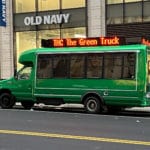