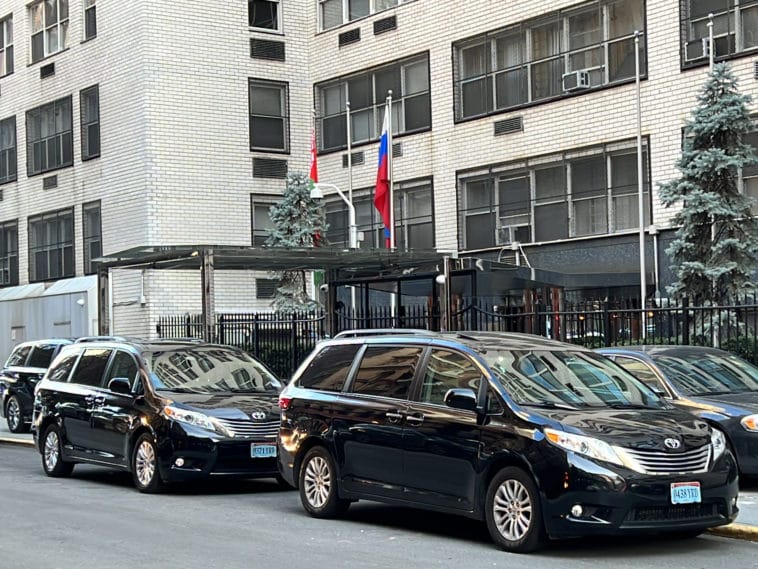 MANHATTAN – A dozen alleged Kremlin spies operating out of Russia’s Permanent Mission to the United Nations, located on the Upper East Side, are in the process of being expelled from the country, according to the US Mission.

“We are beginning the process of expelling twelve intelligence operatives from the Russian Mission who have abused their privileges of residency in the United States by engaging in espionage activities that are adverse to our national security,” said US Mission to the United Nations Spokesperson Olivia Dalton in a statement Monday afternoon.

Today, outside Russia’s Permanent Mission to the UN on East 67th Street— across from the NYPD’s 19th Precinct— several black minivans with Diplomat plates were parked outside one vehicle on the sidewalk— as groups of people were seen filing in through the lobby doors.

An NYPD Counterterrorism unit was also stationed in front of the building which also houses the Belarussian Mission to UN.

Though the move comes as the White House and its allies ratchet up harsh economic sanctions on Russia as punishment for its bloody invasion of Ukraine, a spokesperson for the United States Mission says they’ve been working on this for some time.

“We are taking this action in accordance with the UN Headquarters Agreement. This action has been in development for several months,” Dalton said.

“I’ve just received information that the US authorities have undertaken another hostile action against the Russian Mission to the United Nations grossly violating their commitments on the host country agreement that they undertook,” Russian ambassador to the United Nations Vassily Nebenzia announced Monday afternoon, after taking a phone call during a press conference.

“They just visited the Russian Mission and gave us a note prescribing us to do what they demand,” Nebenzia said. That damand, he says, is for the twelve unnamed Russian diplomats must leave the United States by March 7th.

One neighbor who lives on East 67th Street told Upper East Site they saw a truck and heard workers clearing out things from the Mission in the middle of the night— around 1:30 am Monday morning— in what could be a sign Russian diplomats knew the expulsion was coming.

“Never have they cleared out garbage like this before that’s lasted this long, this late at night,” the concerned neighbor said. 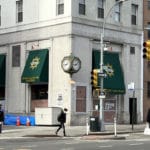