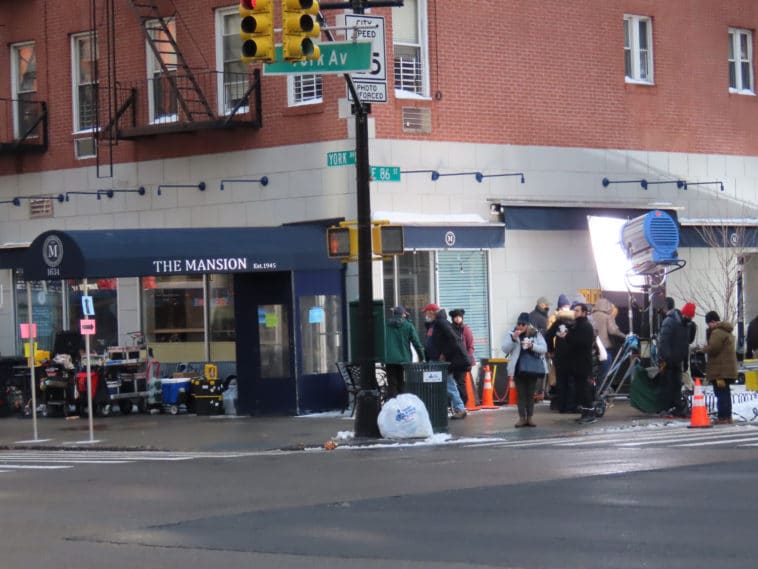 MANHATTAN – To Yorkville residents, The Mansion restaurant is a true neighborhood staple. Occupying the corner of York Avenue and East 86th street for the last 76 years, The Mansion is continuing to reinvent itself and ‘keep things fresh’. By fresh, we’re referring to the local favorite being the hosts and starring in the hit TV show ‘Only Murders in the Building.’

Starring Selena Gomez, Steve Martin and Martin Short, ‘Only Murders in the Building’ is a record-breaking comedy series, setting a viewership record for Hulu as the most-watched comedy premiere on the platform.

Due to popular demand, the hit-show is now filming its second season with filming right in our backyard.

We sat down with The Mansion owner, John G. Philips, to discuss what it was like to have his restaurant be the setting for such a popular TV Series– though under the ficticious name ‘The Pickle Diner.’

A true ‘Only Murders in the Building’ fan himself, John said he is thrilled to host the show.

“The process took about two months from start to film,” Philips said.

“First we were a part of scouting, they took photos and video and said they would let us know whether we’d been selected or not,” he added.

Flash forward roughly two months and their iconic UES diner is dressed with the finest studio equipment, and rolling into ‘ready, set, action.’

While Philips remained tight-lipped about the talent involved in the shoot and the plotline involving the diner— he tells Upper East Site that the relationship with the show will be “a continuation process.”

As this reporter is a Yorkville local— and frequent visitor to the iconic Mansion—  there were some obvious changes that had been implemented in the restaurant that weren’t removed during film crew’s set breakdown— implying there could be more shoots for the hit-series happening at The Mansion in the future.

Could our local UES landmark be a pivotal scene for the show?

Here are some of the obvious changes from the TV shoot:

We don’t know for certain which talent filmed at The Mansion. However, when walking by during filming, we spotted character Bunny—played by Jayne Houdyshell, as well as sighted character Oliver’s trailer – played by Martin Short.

When we asked Philips why he decided to host ‘Only Murders in the Building,’ he replied, “I did this for the staff and restaurant, not the money. I enjoy keeping things fresh.”

“This isn’t the first time our restaurant has been in the lime-light, we’ve hosted Gossip Girl and a variety of independent films.”

The logistics behind hosting a hit TV series were simple, John says, with little to negotiate. The show had to cover three days of revenue for the restaurant, as well as pay staff scheduled to work those days.”

Additionally, the series had to provide crew for set-up and breakdown.

While some small businesses may see filming as an opportunity for a break, Philips saw it differently.

On set everyday, willing to help and assist when needed— he approached filming the same way he does his restaurant— with perfection and hands-on, hard work. 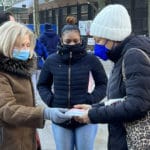 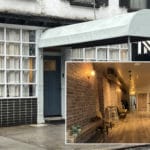