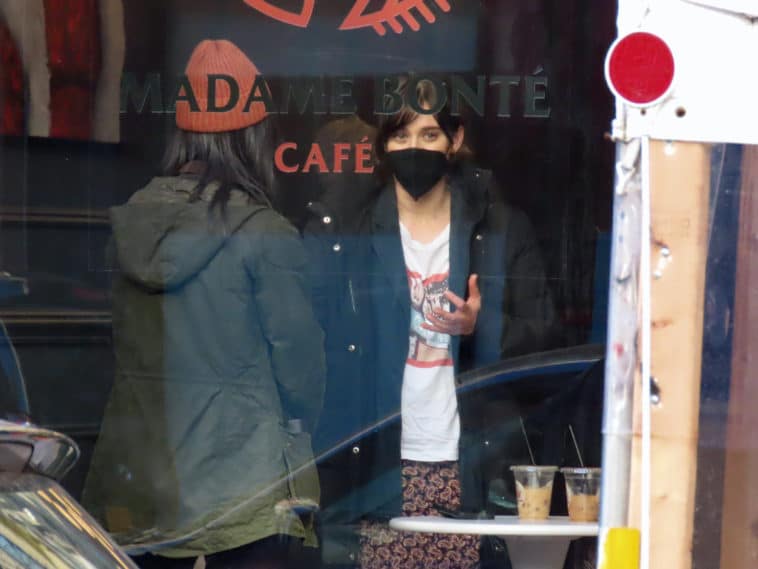 MANHATTAN – It may be fair to label the Upper East Side as Manhattan’s own ‘Little Hollywood,’ as another TV show production enlists a popular neighborhood restaurant to serve as a filming location. Last week it was ‘Only Murders in the Building’ at The Mansion diner, this time around it is Madame Bonte cafe playing host to ‘Fleishman is in Trouble.’

Actress Lizzy Caplan, narrator and female lead of the new FX on Hulu limited series could be seen inside and outside Madame Bonte’s  on East 84th Street between Second and First Avenues during a break between filming Wednesday afternoon.

“We were so honored when they approached us to film in Madame Bonté,” the restaurant told Upper East Site in a statement.

“We are familiar with the book ‘Fleishman is in Trouble’ and we know this show will be huge. We’re thrilled to be a small part of it!”

Set on the Upper East Side, ‘Fleishman is in Trouble’ is based on the novel of the same name by Taffy Brodesser-Akner, which follows Toby—  played by The Social Network actor Jesse Eisenberg— a recently divorced man in his 40’s successfully navigating the world of dating apps until his ex-wife disappears, forcing him to reassess what ended their marriage, Variety reports.

Wearing a black KN95 mask, white shirt and a black winter coat, Caplan briefly spoke to production staff inside the cafe before being spotted outside— appearing to be texting on her iPhone before leaving the shooting location around 1:00 Wednesday afternoon.

A source says Jesse Eisenberg was also part of the scene being filmed Tuesday, though Upper East Site did not see the Zombieland star on set.

This is the second high-profile Hulu TV show shoot on the Upper East Side in just over a week’s time.

Monday and Tuesday of last week, production crews for ‘Only Murders in the Building,’ starring Selena Gomez, Steve Martin and Martin Short, filmed inside the Mansion diner as well as on York Avenue.

We’re told today’s shoot at Madame Bonte cafe wrapped up by late Wednesday afternoon, as the film crew moved on to another location.

Claire Danes and Adrien Brody also star in the new nine-episode FX on Hulu limited series, which does not yet have a premiere date.