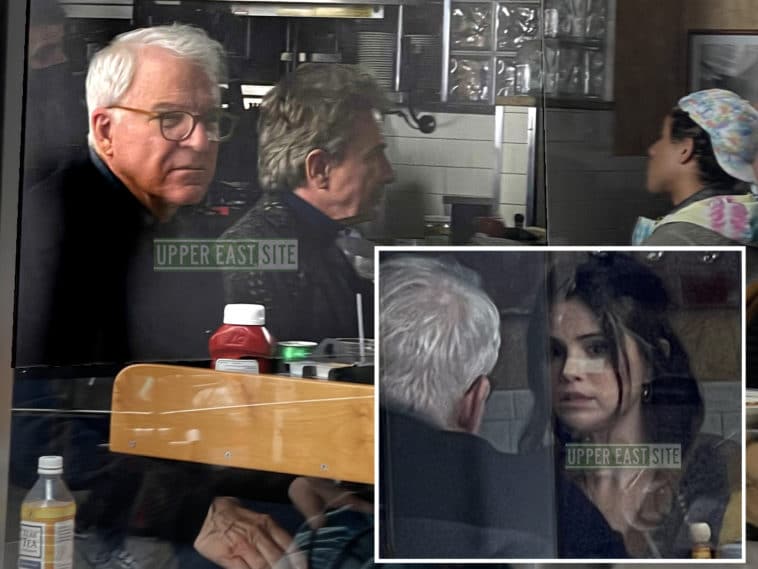 Steve Martin, Selena Gomez and Martin Short film 'Only Murders in the Building' at the Mansion diner | Upper East Site

MANHATTAN – Hulu’s hit series ‘Only Murders in the Building’ is back filming on the Upper East Side for the show’s second season, just weeks after filming in the same location at the corner of East 86th Street and York Avenue.

This time around though, our neighborhood welcomed two additional cast members, Steve Martin and Selena Gomez joined Martin Short to film a critical scene at The Mansion diner in Yorkville— which has been renamed for the show, as The Pickle Diner.

Photos captured the trio of beloved celebrities all in character—  Martin as Charles-Haden Savage, Selena Gomez as Mabel Mora and Martin Short as Oliver Putnam— sitting in a booth together as they shot the scene inside ‘The Pickle Diner’ on Thursday.

One spoiler for season two— ‘The Pickle Diner’ apparently keeps jars of pickles on the table— which can be seen in photos of today’s shoot. We also spotted a doodle on Selena’s placemat but it’s not clear if that’s part of the show.

‘Only Murders’ stars Steve Martin and Selena Gomez were also seen outside the diner during breaks between filming— Martin was spotted speaking with someone outside The Mansion.

Martin was later spotted in front of The Five Lamps between East 83rd and 84th Streets, making baby talk with an infant and its parents. There, Mr. Martin told a tipster that filming was going “peachy.”

Gomez, meanwhile, was seen getting out of a black car on East 86th Street and walking into the restaurant.

While the show is famously set on the Upper West Side, our neighborhood has filled in for the UWS twice during filming in Yorkville.

It was just over two weeks ago when The Mansion first served as shooting location for the Hulu series‘Only Murders in the Building.’

Back then we spoke to Mansion owner John G. Phillips about the diner’s involvement in the show–  he stayed tight-lipped, but couldn’t hide that The Pickle Diner branding and signage were staying up, giving a clue that filming at the restaurant wasn’t finished.

The ‘Only Murders in the Building’ shoot is expected to wrap up Thursday night, though Upper East Site has learned they’ll be back in just a few weeks time.

The Mansion will be back open to hungry Upper East Siders on Saturday. 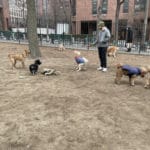 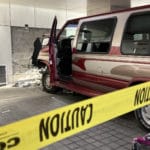