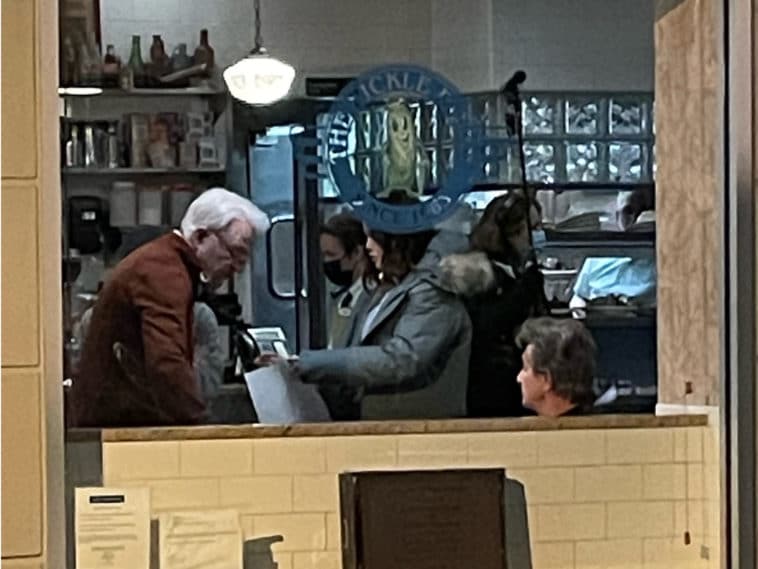 MANHATTAN – For a third time in just over a month, the Mansion diner is off limits to customers as it gets the Hollywood treatment. Selena Gomez, Steve Martin and Martin Short took over the popular restaurant again this week fo film their popular Hulu series ‘Only Murders in the Building.’

The celebs were once again spotted filming Tuesday night at the Mansion restaurant— located at the northeast corner of East 86th Street and York Avenue— which portrays the fictional ‘Pickle Diner’ on the show.

Selena Gomez and Steve Martin were seen standing near a booth inside the ‘Pickle Diner,’ while Martin Short is sitting down.

It’s notable that the characters are dressed differently than the last time they filmed at the Mansion diner in mid-February, which could indicate that a different scene is being shot.

Steve Martin’s was wearing a blue sweater in February, but last night he was dressed in red– while Selena Gomez wore a winter jacket this time around.

You may have also noticed some construction going on around the Mansion— we’re told the structures are just built to facilitate better lighting for filming at night.

Despite three separate shoots at the Mansion diner, it’s not clear, how large of a role the restaurant has in the highly anticipated second season of ‘Only Murders in the Building.’

It’s not clear whether this is the last ‘Only Murders’ shoot at the Mansion, but the diner says it hopes to be back open to customers Thursday afternoon. 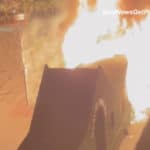 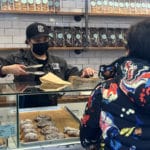