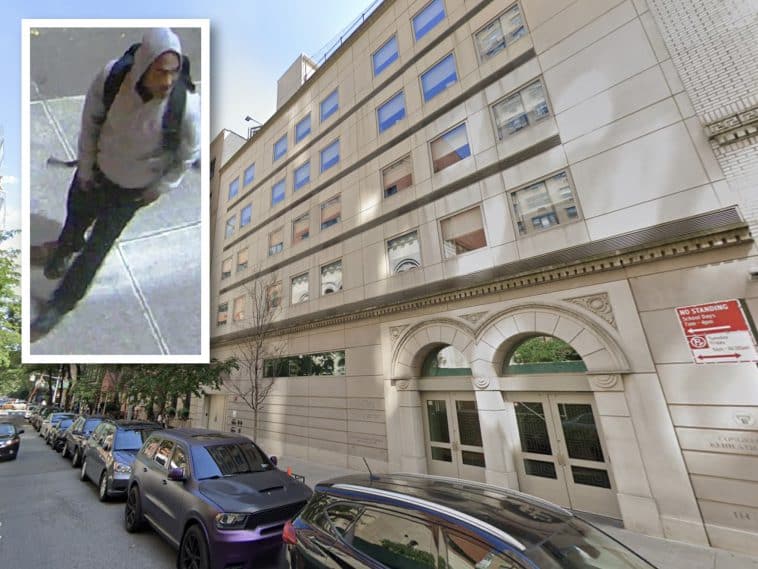 An Upper East Side Jewish day school has become the latest target of an antisemitic attack, which is now under investigation by the NYPD Hate Crimes Task Force. The suspect was caught on camera hurling rocks at the yeshiva on the 84th anniversary of the Kristallnacht — a night of coordinated violence against Jews across Nazi Germany in 1938.

Investigators say it was around 9:30 pm Wednesday night when the suspect approached the Ramaz Middle School — located at 114 East 85th Street, between Park and Lexington Avenue. The suspect opens his backpack, according to police, pulls out a rock and throws it at the yeshiva.

Police say the suspect then leaves, but comes back a short time later — apparently unsatisfied with his antisemitic attack — and launches a second rock at the yeshiva.

This attack on an Upper East Side Jewish day school comes on the anniversary of the Kristallnacht —  or ‘Night of Broken Glass.’ Through the night of November 9th into the 10th, Nazis destroyed Jewish-owned businesses and burned down synagogues in a wave of antisemitic terrorism across Germany. The next day, tens of thousands of Jewish men were sent to concentration camps.

On the Upper East Side, hate crimes reported to the NYPD have surged an unimaginable 85% compared to the same time last year.

Two kosher restaurants located on Lexington Avenue, just blocks from Ramaz Middle School, were targeted in apparent antisemitic attacks as well — the front doors smashed and cash registers stolen from Saba’s Pizza and Grill Point, which sit side-by-side, on separate days over the past week.

It is not clear whether all three incidents are connected, however, Upper East Side City Council Member Julie Menin has called on the NYPD to investigate whether those burglaries were hate crimes.

Police describe the suspect who threw rocks at the UES yeshiva as a man standing 5’9” tall, weighing 160 pounds, last seen wearing a grey hoodie, black jeans and carrying a backpack.

Note: Police initially indicated a window was damaged at the school. An email from Ramaz states that the glass door only sustained some scratches. Our article has been updated accordingly. 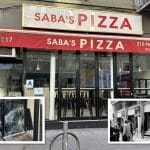 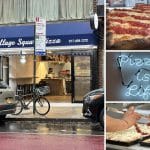