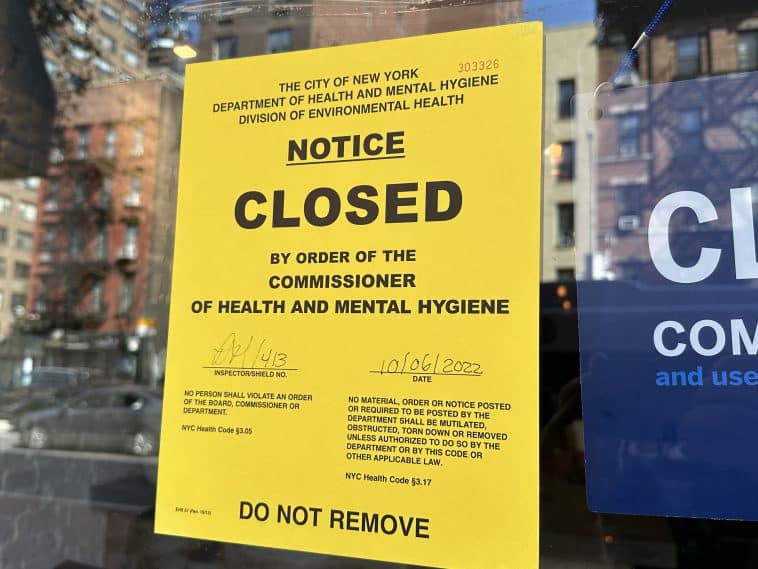 An Upper East Side eatery that calls itself “the best Indian restaurant in NYC” is the latest to be shuttered by the NYC Health Department, after inspectors found evidence of rodents, concerns about cross-contamination and even basic sanitizing of silverware and dishes. Continuing a troubling trend, the closure comes following the establishment’s first inspection in more than two and a half years.

Hundreds of positive reviews and a four-and-a-half star rating on both Google and Yelp were not enough to keep the doors open at Imli Urban Indian Food, located at 1136 First Avenue, between East 62nd and 63rd Streets. A shut down order now hangs at Imli’s entrance.

“Closed by order of the Commissioner of Health and Mental Hygiene,” reads the bright yellow notice stuck to the glass front door.

During Imli’s October 6th inspection by the Health Department, the restaurant racked up 66 violation points spread across seven different violations noted by the inspector— more than half of them deemed critical.

Evidence of rats or live rats and conditions conducive to rodents or other pests were found, according to the inspection report, which also noted that food at the restaurant was adulterated, contaminated, cross-contaminated or not discarded correctly.

Cold food items were also found to be kept dangerously warm— while tableware, including dishes and utensils, were not being cleaned and sanitized properly, the Health Department noted.

The restaurant was also cited because a Food Protection Certificate was not held by a manager or supervisor of food operations. That’s the training and testing required by the City so that restaurants know how to safely handle and serve food to diners.

Ironically, Imli’s website touts the cleanliness of the restaurant, informing diners the table is disinfected after every visit as part of its Covid-19 protocols.

The shutdown comes more than two and a half years since Imli Urban Indian Food’s last inspection— though, even back then, the restaurant had its issues.

In February 2020, before the onset of the Covid-19 pandemic in New York City, the restaurant received 33 violation points. However, the long gap between inspections have been the running theme among Upper East Side restaurants recently closed by the NYC Health Department.

Upper East Site reached out to Imli for comment, but did not hear back by time of publication. 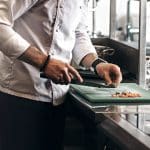