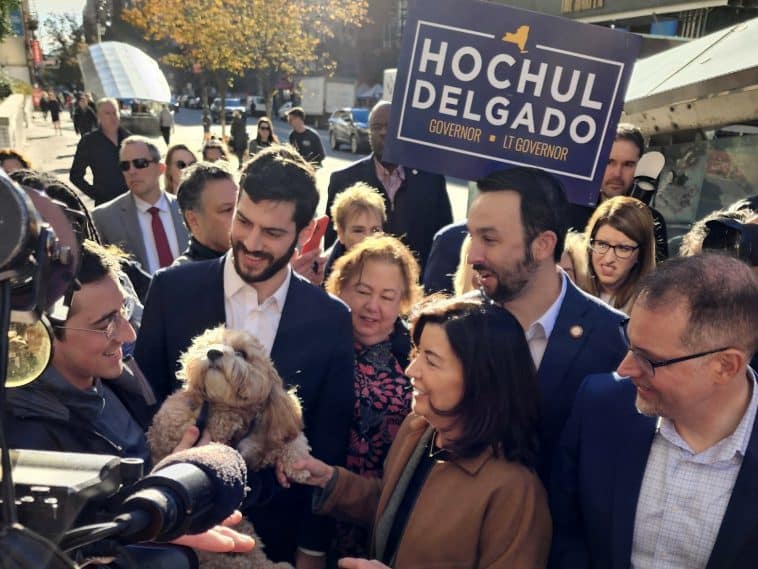 Gov. Kathy Hochul shakes a dog's paw as she campaigns on the Upper East Side | Andrew Fine

With Governor Kathy Hochul’s political life on the line this Election Day, the first woman to serve as New York State’s chief executive turned to Upper East Side residents to help her keep the job for four more years, campaigning at the 86th Street-Second Avenue subway station Tuesday morning before heading to The Mansion Diner to chat up voters and have a snack.

“If they’re thinking that Lee Zeldin is going to defend democracy, when he had a chance to stand up and call out the insurrectionists, what did he do [as a congressman on January 6, 2021]? He went and blamed the Democrats and voted against certifying Joe Biden as our president. That’s how you subvert democracy.”

While there was lots of enthusiasm for the governor’s appearance, she still drew criticism from at least one UES supporter over a controversial policy.

“I managed to tell her ‘I would be remiss if I didn’t tell you that we hate Congestion Pricing,’” said Andrew Fine, who snapped a selfie with Gov. Hochul during Tuesday morning’s event.

Next stop for Hochul was the Upper East Side’s Mansion Diner, located at the corner of East 86th Street and York Avenue, where she schmoozed with customers and staff before ultimately sitting down in a corner booth, sipping tea with a bite of toast, with outgoing Congresswoman Carolyn Maloney and Assembly Member Seawright.

While Hochul spent the morning here on the UES, her republican opponent Lee Zeldin spoke to the media after voting in Mastic Beach, Long Island.

“We believe that this is a campaign truly to save the state and for Kathy Hochul, she’s been campaigning like this is an effort to save Kathy Hochul.”

Make sure you Get Out and VOTE! I just proudly voted to Save Our State. Polls close at 9:00PM. pic.twitter.com/LjxpTVDOHl

If you have not yet voted, the polls remain open until 9:00 pm. Find your voting location here. 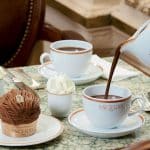 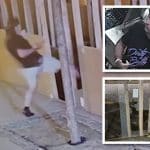