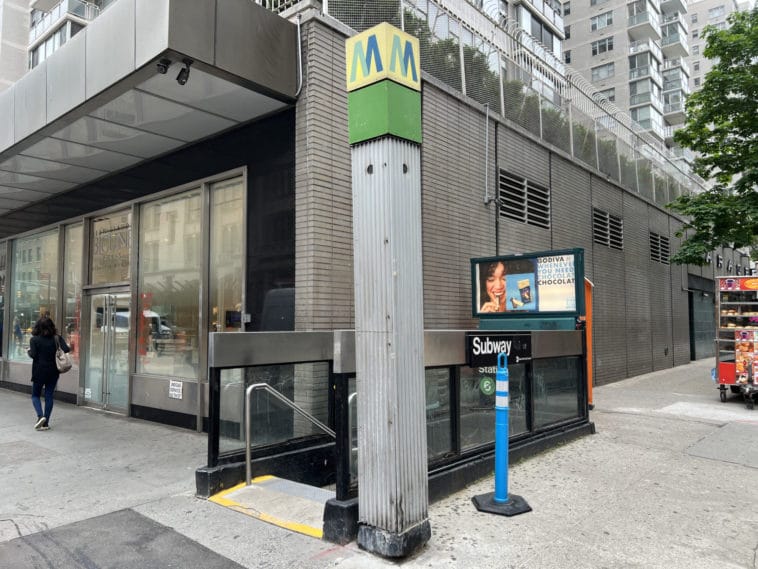 MANHATTAN – Walk down Lexington Avenue to the 68th Street-Lexington Avenue subway station during rush hour and the sounds of New York City’s hustle and bustle are drowned out by bangs and crashes of construction, where work has begun on a long overdue $146 million upgrade that’ll finally make the Upper East Side station accessible to disabled New Yorkers, that will also make getting in and out of the station easier for all commuters.

Thirty two years after the Americans with Disabilities Act was signed into law, requiring equal access to public transportation for people with disabilities, work is finally underway to install three ADA-complaint elevators at the nearly 104-year-old 68th Street-Lexington Avenue station.

One of the new elevators will be located at street level, at the northeast corner of East 68th Street, bringing passengers down to the mezzanine, the MTA tells Upper East Site. Two other elevators within take passengers from the mezzanine to the uptown and downtown platforms.

“The elevators at 68th Street and the access they will bring to our community are long overdue,” said Rebecca Lamorte, disability justice activist and former New York City Council candidate.

“Thinking back to the numerous community board and MTA meetings it took to make this a reality, I’m thankful for those that stood firm in the face of opposition to this construction and the accessibility it will bring to the Lexington Avenue line– the most inaccessible subway line on the Upper East Side,” Lamorte added.

In addition to the new elevators, Upper East Site has learned new entrances, with new stairways to the station, are also being are being built to improve circulation and reduce bottlenecks during rush hour.

Plans include one new entryway to be constructed a block north of the station on 69th Street west of Lexington Avenue, with stairs connecting commuters to a new mezzanine area giving them access to the downtown platform.

The project also calls for a second new entrance to be built within a storefront on the east side of Lexington Avenue between East 68th Street and 69th Streets— in the space currently occupied by Metro Pharmacy. The property acquisition itself accounts for more than five million dollars of the MTA project’s $146 million price tag.

Under development for several years, plans for the accessibility project that will bring the station into compliance with the 1990 law was initially approved by the Federal Transit Administration in 2016.

Construction was delayed due to the extensive coordination of design changes between the MTA and the City University of New York, which owns Hunter College and the property around the Lenox Hill subway station.

Five years later, the plans were resubmitted and the feds signed off on the project within six months. With work finally underway, MTA’s accessibility project is expected to be complete in December 2024.

“Too often we see accessibility pushed aside, ignored, or partially applied by the MTA, and it’s uplifting to see that isn’t the case this time after years of delay,” said Lamorte, who also serves as a member of Community Board 8.

“Having a more accessible station at 68th Street near CUNY Hunter, local hospitals, and other public institutions will provide much-needed accessibility not only for our community and disabled New Yorkers, but the city as a whole,” she added.

Meanwhile, the construction currently underway at the southwest corner of East 68th Street and Lexington Avenue is actually not part of the subway accessibility upgrade.

The large plaza that is currently blocked off in front of Hunter College is a CUNY project to remodel the school’s main entrance and subway staircase with seating, new railings, pavers and tree planters.

The CUNY construction project is expected to wrap up next March. 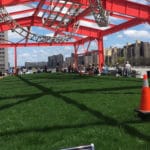 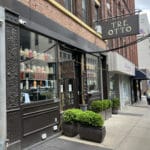