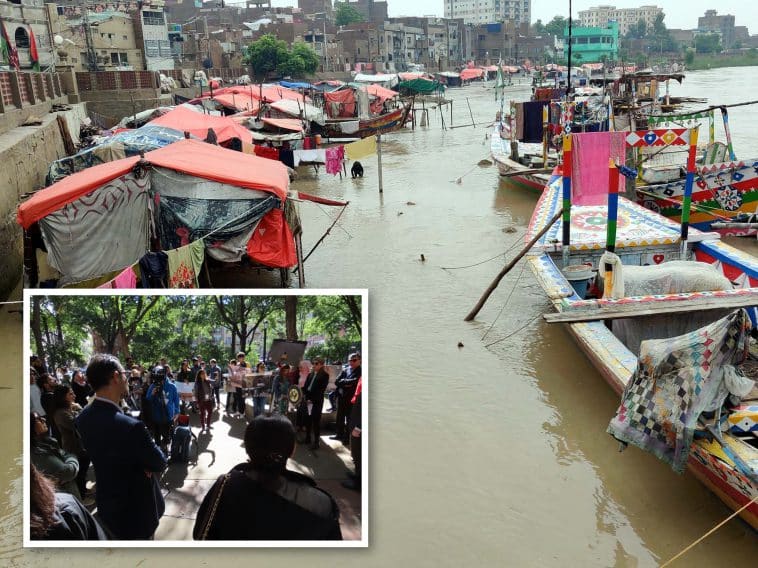 Upper East Side elected officials, advocates and the consul general of Pakistan gathered Saturday in Ruppert Park to raise awareness of the catastrophic flooding affecting the South Asian country.

Caused by melting glaciers and record rainfall, the floods, which began in June, have displaced 33 million Pakistanis, put one third of the country underwater and destroyed 1.7 million homes, according to the consul general, Ayesha Ali.

She told the crowd the flooding had killed 1,600 people, with that number expected to climb. Ali called the floods “a catastrophe of biblical proportion,” adding that the country is still in the emergency rescue phase, and that the waters are not expected to recede for at least several more months.

Maloney called climate change “an existential threat to humanity,” and said of the harrowing statistics coming out of the rescue efforts, “behind these numbers are human lives.”

She reaffirmed her support of climate legislation in the U.S., and echoed other speakers’ comments that the global community must come together to reduce carbon emissions.

Sahar Husain, a founding member of Muslim Volunteers for New York, a non-profit focusing on community support in the city, told onlookers that Pakistan is responsible for “less than 1 percent” of the world’s carbon emissions, yet is bearing the consequences of the Western world’s actions.

She said that it is “time to join hands to mitigate climate change,” and that the most important thing New Yorkers can do is to continue to raise awareness.

State Assembly Member Jenifer Rajkumar, who represents District 38 in Queens, called the flooding and its impacts “very personal,” citing her Pakistani background. Thanking the crowd of roughly 30 for coming out, she said “we all need to be volunteers today,” and that “today it’s Pakistan, tomorrow it could be here.”

Last year, at least 12 people were killed, largely in minority communities in Queens, when floodwaters from Hurricane Ida swept into basement apartments. At the time, city authorities cited the need for climate-resilient infrastructure.

Responding to a question from Upper East Site, Ali explained that New Yorkers can help alleviate the suffering in Pakistan by sharing relevant media, taking steps to reduce their carbon footprint, and donating to several worthy charities and foundations.

She referenced the Pakistani Prime Minister’s Flood Relief Fund, the Friends of Indus Hospital, The Citizens Foundation Pakistan, and the Child Life Foundation.

A representative of Friends of Indus Hospital, a U.S.-based nonprofit working to improve health outcomes among under-served populations in Pakistan, shared stories of injured and sick children saved by the organization’s 134 medical teams in vans, and where there is no dry land, in boats.

He said 630,000 women in Pakistan are now in urgent need of maternity care.

Husain told Upper East Site that “every resident of New York can be a big player” in the effort to heal Pakistan and fight the ever-growing climate crisis.

Holding a poster of Pakistanis walking across a road in chest-high water, Husain’s 18-year-old daughter Farah said that her family goes to Pakistan every summer and “I’ve basically grown up there.”

She said she felt lucky, seeing this tragedy “from a place of privilege,” and not having to live it. Farah came to the event to spread awareness of the “global issue” of climate change affecting her ancestral country.

Omar Arif, 14, another member of MV4NY, was born in New York, but his parents are from Pakistan and he still has family there. “I’m a little worried about them,” he said.

Saima Saad, a founding member of MV4NY, brought her high school-aged son to the event to “connect the dots for him” about how actions here can have outsize effects abroad.

MV4NY works with students to educate them about these issues, Saad told Upper East Site, adding that her goal is to “raise global citizens in New York.” 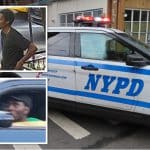