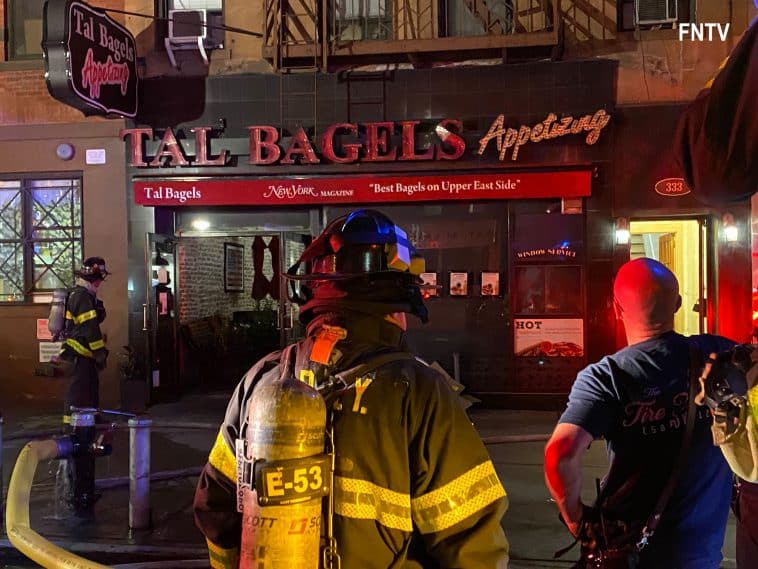 A frightening scene in Yorkville early Friday morning, after a fire left a popular Upper East Side bagel shop toasted.

Firefighters rushed to the Tal Bagels location at 333 East 86th Street, between First and Second Avenues just before 3:30 am, after a report of an oven fire in the rear of the restaurant.

Workers told our news partners at FreedomNews.tv they had just opened the door to the store for the morning when they saw smoke inside.

Thankfully, crews were able to knock down the fire within about a half hour and no injuries were reported.

Later Friday morning, workers could be seen inside the bagel shop working to clean the kitchen area way in the back. Black screens are obscuring most of the bagel shops windows, so it’s not clear how much damage was done inside.

One customer could be seen trying to get inside, not dissuaded by the blacked out storefront in his search for a morning bagel.

Tal Bagels was recently ranked the second best bagel on the UES in a survey of Upper East Site readers— and New York Magazine once called Tal’s the best bagels on the Upper East Side, describing them in 2007 as dense and chewy with a strong skin for crunch.

Upper East Site reached out to Tal Bagels to find out how long they expect the clean up of the busy bagel shop to take, but did not hear back by time of publication. 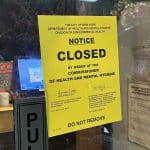 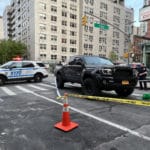