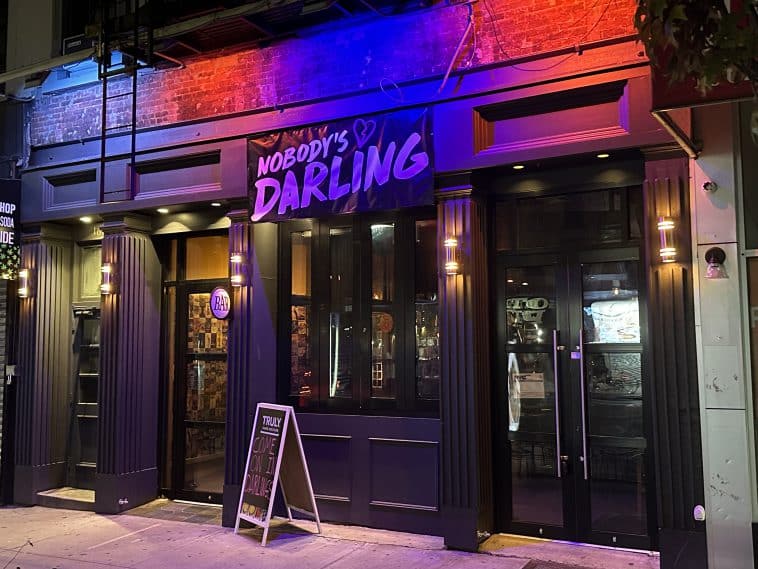 After a brief two month run being known as ‘Nobody’s Darling,’ the new 80’s and 90’s-themed Upper East Side bar has changed its name due to a major blunder. Upper East Site has exclusively learned the bar’s owners were slapped with a cease-and-desist order because the name is trademarked by a popular black-owned cocktail bar for queer women.

“Unaware to us, our bar name was trademarked,” the team at the new UES watering hole announced  on social media on Wednesday, “we have been since been asked to change our name.”

Sure enough, Nobody’s Darling was not only the name of the new watering hole at 1664 First Avenue, between East 86th and 87th Streets in Yorkville, whose entrance is lined with VHS cassette cases of classic 80’s and 90’s films.

A quick search of U.S. Patent and Trademark Office shows that the new Upper East Side establishment was using a name already registered and in use by a Chicago LGBTQ cocktail lounge — and a pretty notable one at that.

The original Nobody’s Darling made headlines in The Washington Post and NBC News in 2021, when the bar’s owners, two queer black women, bought the only remaining lesbian bar in the Windy City on a mission to create an inclusive space for queer women and other marginalized voices — and the duo did just that.

According to the women, they chose the name after the poem titled ‘Be Nobody’s Darling’ written by Alice Walker, a black Pulitzer prize winning author. The poem encourages the reader to chart their own course in life regardless of what others think and embrace being an outcast.

Here on the Upper East Side, our Nobody’s Darling — which shares ownership with Biddy’s Pub and the now defunct DTUT — did not have that same deeper meaning.

“We were receiving weekly emails as a result of consumer confusion over the name,” Barnes added, also confirming to Upper East Site that a cease and desist order was sent to the owners of the UES bar by the same name.

What the UES bar does have is an welcoming ambiance that evokes feelings of nostalgia with its large collage of 80’s and 90’s pop culture icons, free-to-play old school arcade games — including Street Fighter II and Ms. Pac Man — and a popcorn machine churning out fresh salty snacks for patrons.

“At the start of November we were Nobody’s Darling,” the bar wrote on social media.

“In the past two months the Upper East Side has welcomed us with open arms. Today we now feel like Somebody’s Darling.”

The name may be different, but the team at Somebody’s Darling said nothing else about the new UES hangout has changed.

“We were pleased that the owners of the bar in New York understood our concerns and agreed to change the name,” Barnes said.

Upper East Site checked with the U.S. Patent and Trademark Office and found that the name Somebody’s Darling is trademarked as well, however, the trademark is no longer active.

On Wednesday night, the Nobody’s Darling sign still hung outside the bar. 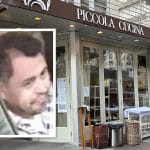 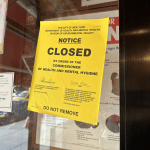