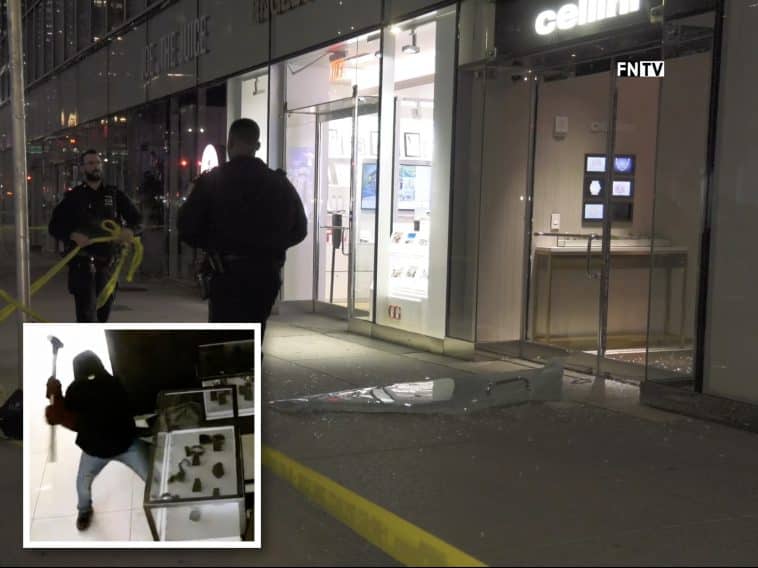 Sixty seconds was all it took for a trio of thieves armed with a sledgehammer to smash their way into a high-end Park Avenue jewelry store and walk out with more than half a million dollars worth of sparkling merchandise early Saturday morning, police say.

Surveillance video taken from Cellini Jewelers, located at 430 Park Avenue, between East 55th and 56th Streets, shows one of the three suspects use the sledgehammer to destroy not one, but two glass doors at the entrance of the Midtown shop just after 3:30 am Saturday — while the store was closed and no one was inside.

After being shattered with the sledgehammer, video shows that a few kicks was all it took for the first glass door to give way. The second glass door failed even faster, when one of the smash and grab suspects shoved it with his full body weight and nearly fell down when the door collapsed forward.

The three burglars — clad in hoodies, masks and gloves, so they wouldn’t leave any fingerprints behind — are seen in surveillance video moving lightning fast through the luxury shop, making a beeline for specific display cases and bashing them open, then grabbing all the high end jewelry that was locked inside.

Timecode on the surveillance video released by the NYPD late Saturday shows it took the thieves one minute flat to get in and out of the store with the loot. Detectives say the jewelry taken was worth more than $500,000. However, police say a full inventory of the stolen items is still underway — so that figure could climb even higher.

That’s far smaller an increase both the citywide average which has jumped 30%, as well as the Upper East Side’s 20% increase in reported burglaries this year.

If you recognize the suspects wanted in this smash and grab burglary or have any information that could help police, you’re asked to call the NYPD’s Crime Stoppers Hotline at 1-800-577-8477. 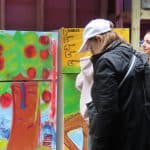 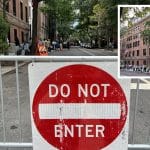