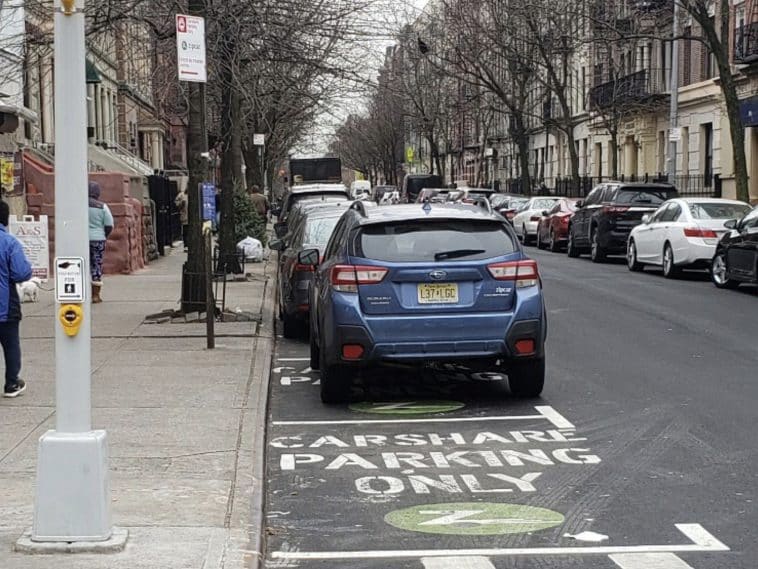 Neighbor after neighbor as well as several community board members sounded off Wednesday night, furious about the Department of Transportation’s plan to practically give away precious Upper East Side parking spaces to private carshare companies and dismayed by the meager $237.50 per car that Upper East Site revealed the City would receive in annual fees.

Representatives from DOT, Getaround car-share and Truqit truck-share laid out their plan during the Community Board 8’s Transportation Committee meeting Wednesday night and were immediately met resistance.

“For starters, Getaround has a market capitalization of around $12 billion. That’s billion, not million,” noted Brandon Carly, a member of the public.

“These are well funded companies. I’m not saying we should stick it to them, but they can clearly afford to pay market rates and this is a subsidy and a giveaway of public resources,” Carly added.

The common theme among most of the speakers, that Getaround and Truqit should be paying market rate for parking spaces, as well as why the two companies wouldn’t store their vehicles in private garages, like other carshare companies operating in Manhattan.

“The challenge we have, especially in Manhattan, though is we’ve been priced out of those locations,” said Adrienne Moretz from Getaround, who plans to park 12 cars in six locations around the Upper East Side, which can be rented hourly through their app.

“There’s just been a higher demand for parking space since the pandemic. And so the spaces are extremely expensive,” Ms. Moretz explained.

Neighbors were flabbergasted to hear Getaround’s representative admit it is just too expensive park in a garage in NYC — despite the program essentially shifting the cost of garaging vehicles to the 25% of Upper East Side residents that own a car.

“That’s only for $4,800 a year in difference between the garage and the street. If the company has to be subsidized to the tune of $4,800 for a car, that’s not a business,” Lustig added.

Meanwhile in Boston, Getaround and other car-share operators already pay $3,500 per parking space per year.

“We are free citizens. We have the right to have a car. It is not a shun and a blight and a shaming we’re not going to have rocks thrown at us because we have cars,” said Community Board 8 member Michelle Birnbaum.

In response to concerns about the chump change being collected by the City in exchange for the  precious residential parking spots, representatives from the DOT defended the tiny fee, telling the Transportation Committee their hands are tied because of a City law.

“Unfortunately, we just as a city, we don’t have the option to charge more we have to charge based off administrative cost,” said DOT representative Stevie Feig.

Upper East Site inquired to the New York City Department of Transportation as to which law Ms. Feig was referencing, but only received a generalized quote about the car-share program that is not even worth printing.

Some members of Community Board 8’s Transportation Committee proposed a resolution which would call for the City Council to change whatever law was keeping the DOT from charging market rate.

“I don’t see why we can’t craft a resolution or asking for legislative change to increase the cost because it’s laughable,” said board member Rebecca Dangoor.

“It’s laughable to me that they’re only going to be paying [$475] a year. It’s laughable. And that’s not a comment on on the merits of it in the first place. It’s just that is a simple solution that I think we have to do something about.”

A resolution including a provision calling on the City Council to change the law so that DOT can charge more for use of parking spaces failed to pass in a 6-to-6 vote.

Update: The DOT has clarified to Upper East Site that a legal precedent only allows the agency to charge for regulatory fees and a legislative change at the state level would be needed to charge more. 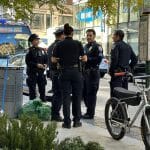 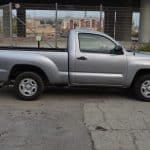