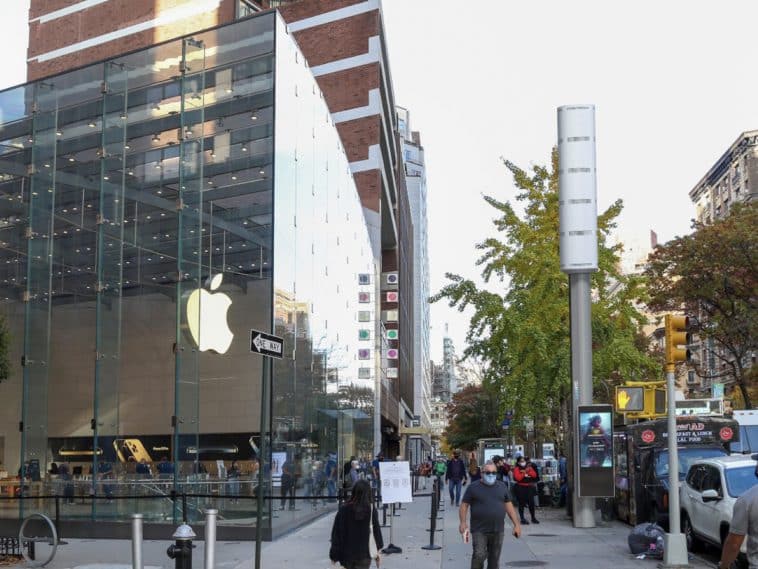 The City is working to fast track installation of 18 massive 5G cell phone towers across the Upper East Side and it is set to be the hot topic of discussion during the meeting of Community Board 8’s Transportation Committee on Wednesday night. Standing 32 feet tall, the colossal eyesores will be attached to new LinkNYC kiosks, expanding free Wi-Fi service on the UES, according to the NYC Office and Technology and Innovation.

OTI says it is restarting deployment of the LinkNYC kiosks across the five boroughs, including at 18 proposed locations in Lenox Hill and Carnegie Hill, which the agency says are a “critical component of the City’s efforts to equitably expand Wi-Fi access,” according to a letter sent to Community Board 8 last month.

The massive, 32-foot tall towers include space for 5G transmission equipment that can be rented to cell phone carriers and are planned to be installed in three clusters across the neighborhood — the largest of which includes nine antennas in Carnegie Hill around the area from Park to Fifth Avenue between East 86th and 96th Streets.

In Lenox Hill, there would be two smaller clusters of 5G towers, with five transmitters to be erected in the area from Park to Fifth Avenue between 63rd and 65th Streets and another three antenna sites to be built around the Hospital for Special Surgery and Weill Cornell Medical Center along York Avenue and East 71st Street.

“Because we want to bring Links to your area within a short timeframe, we ask that you provide any comments on this site as soon as possible,” the letter from OTI continues, warning Community Board 8 that construction of the hulking three-story-tall structures will proceed if it doesn’t receive feedback by January 16th — which is likely why the proposed 5G tower locations will be taken up by the Transportation Committee this week.

The gigantic new 5G LinkNYC cell towers are rolling out as part of the same initiative by the City which is responsible for the huge 5G antenna that was installed atop a street light in Yorkville back in October, fewer than 10 feet from the Gracie Gardens co-op building on East 90th Street.

That time around, OTI violated the terms of its own franchise agreement by not notifying Council Member Julie Menin’s Office or Community Board 8 prior to the installation of transmission equipment, which only earns the City a paltry $350 a month.

It is not clear how much revenue a LinkNYC 5G tower generates for the City each month.

To have your voice heard on the proposed new locations, you can sign up to speak during the pubic comment portion of Wednesday’s CB8 Transportation Committee meeting by clicking here. 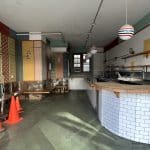 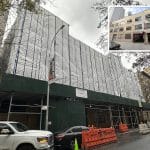