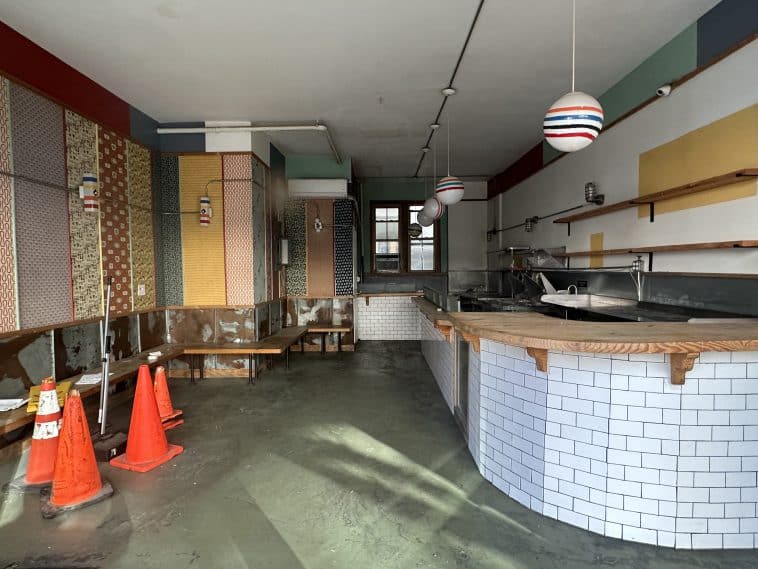 Oaxaca Taqueria has closed all its locations, including the UES restaurant | Upper East Site

The popular Mexican restaurant chain Oaxaca Taqueria has shut down all nine of its locations after more than a decade of serving its fresh made fare in New York City — including six years here on the Upper East Side.

Oaxaca Taqueria’s Lenox Hill restaurant, located at 1198 First Avenue now sits vacant — the signage already removed. The festive patterns on the walls and colorful light fixtures are all that remain in the eatery. The seating is gone and two small piles of mail have accumulated near the front door.

The Upper East Side location’s phone number has been disconnected, as have the other eight restaurants, including those in Murray Hill, Hell’s Kitchen, the Upper West Side — whose closure was first reported by West Side Rag —  as well as all five Brooklyn locations.

Oaxaca Taqueria was known for its authentic Mexican eats inspired by the flavors from its namesake — the Mexican city of Oaxaca — as well as what the company described as the ‘eclectic bohemian vibe’ of its restaurants. Customers have raved about the chain since the first restaurant opened in Brooklyn back in 2009.

It’s not clear when exactly Oaxaca Taqueria ended its operations, though, court filings reveal a company slammed with lawsuits from unpaid vendors and the chain’s own landlords in Brooklyn and Manhattan, some which claimed they haven’t received rent payments in more than a year and a half.

During that time, the Mexican restaurant chain is accused of racking up debts in the hundreds of thousands of dollars. At the Upper East Side location alone, a lawsuit filed in February 2022 claimed the company stopped paying rent a full year earlier and had since accumulated $104,874.26 in unpaid rent.

Another suit filed against Oaxaca Taqueria claims the Upper West Side restaurant has only made one rent payment since November 2021 and owed their landlord $270,923.

In Murray Hill, the chain’s restaurant was in arrears $83,504 before it was evicted from its space at 152 East 33rd Street, according to court filings.

Meanwhile in Brooklyn, at 75 Hoyt Street in Boerum Hill, the landlord of that building claimed in a suit that Oaxaca Taqueria owed them $112,660. A lawsuit filed in September 2022 claims the Atlantic Avenue location hasn’t been paid since February 2021 and owes $128,865. The Bed-Stuy location is also accused of stiffing its landlord on rent to the tune of $66,856 — which hadn’t been paid since October 2021.

A former employee who spent a year with the company and worked at multiple Oaxaca Taqueria  locations told Upper East Site that staff was misled by management, which claimed that the restaurants were being closed one-by-one over the past year because their landlords were seeking huge rent increases and sales were down.

“The reason that they told us [the location was closing] is because they were going to raise the rent — like double the rent — and the company couldn’t take care of that,” explained the former employee who spoke with Upper East Site under the condition of anonymity.

“It was just a matter of bad management after that. They were not paying even the telephone bill, or Sysco — which is the one who brings all the supplies — and all the sudden the cookers are the one who were actually bringing food to cook. So, it was like a disaster.”

“We all left because we were not getting paid,” the former employee added.

Two New Jersey-based paper supply companies received default judgements against Oaxaca Taqueria after suing the company for $71,081 and $45,436, respectively, to recoup the costs of products for which they say they did not receive payment.

Another lawsuit against Oaxaca Taqueria, by a company called Queens Funding LLC, claims it twice bought the restaurant chain’s future earnings in exchange for a cash advance. Oaxaca’s parent company took $75,000 for $109,425 of future revenue in December 2021, then took $40,000 for $58,360 in future sales in March 2022, according to the suit.

Things went awry last May when Queens Funding LLC claims the scheduled repayments were “supposed to be deposited into bank account controlled by plaintiff,” but they were changed to be “deposited into a separate account not designated in the contract,” preventing them from getting paid. Those lawsuits were settled in June when Oaxaca Taqueria agreed to a new payment schedule for a lower amount.

Two months later, on August 3rd, 2022, Oaxaca Taqueria and all its restaurant’s would file Chapter 11 bankruptcy, according to federal court filings.

Upper East Site reached out to Oaxaca Taqueria and its bankruptcy attorney for comment but did not receive a response by time of publication. 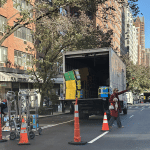 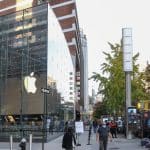