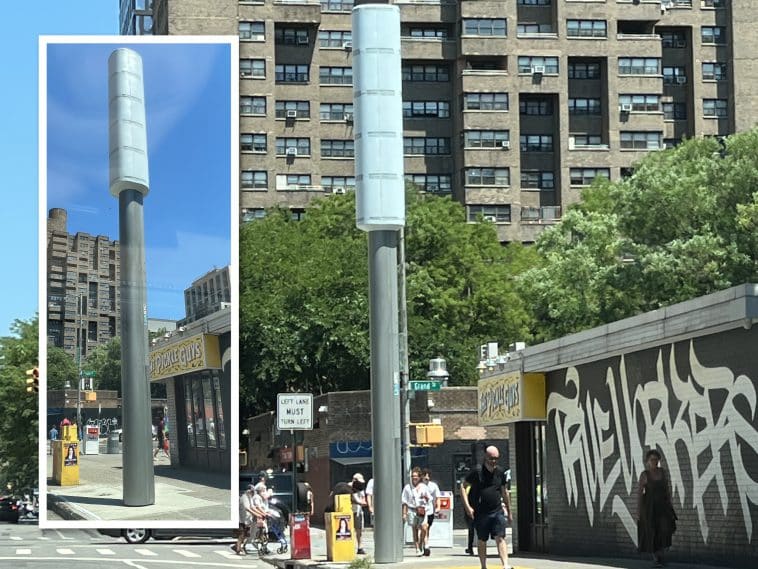 Representatives from the NYC Office of Technology & Innovation and CityBridge, the company behind the LinkNYC kiosks, walked into a buzzsaw Wednesday night during a meeting of Community Board 8’s Transportation Committee, which spent close to three hours hearing testimony from members of the public, representatives of local lawmakers and community board members themselves, about how much they all hate the plan to install 18 colossal three-story 5G towers with huge advertisement screens across the Upper East Side.

“We’ve all spent way too much time and money to live in one of the most beautiful parts of New York City,” he added.

CityBridge CEO Nick Colvin spent the first seven minutes of the meeting describing how the rollout of Link5G, as they called it, would benefit three swaths of the Upper East Side set to receive clusters of the 32-foot tall antennas — half of which would be grouped in Carnegie Hill from Park to Fifth Avenue between East 86th and 96th Streets.

Another cluster of three Link5G transmitter sites would be built around the Hospital for Special Surgery and Weill Cornell Medical Center along York Avenue and East 71st Street. And a larger group of five would be built from Park to Fifth Avenue between 63rd and 65th Streets.

By the time that the Transportation Committee voted to approve a sweeping resolution against the mammoth towers — which would house 5G wireless transmission equipment for wireless carriers like Verizon, AT&T, and T-Mobile — two and a half hours later, Mr. Colvin looked defeated.

“What I’m hearing here, is this community — or at least, these proposed sites — they don’t need this. They don’t want it,” said Transportation Committee member Michelle Birnbaum.

“I’m hearing, to my mind, that it’s a selling of the street. It’s a revenue stream for the city for this company,” Birnbaum explained.

Every single speaker at Wednesday night’s meeting except the representatives from CityBridge and OTI were vehemently against the plan.

“We do not want these towers. They are ugly, and they’re unnecessary,” said George Graham.

“The fact that we’re sitting on this zoom call, talking about how we’re relying on the cell companies to tell us where we should put these towers is absolutely ridiculous. I can’t even believe that’s what we’re using as our basis for deciding where we should obstruct the views in our city,” the fired-up Upper East Side resident added.

Everything from the aesthetics of installing these giant 32’ foot towers with advertising screens in historic districts, privacy concerns regarding surveillance cameras in the LinkNYC structure, cyber security and data handling and even the potential for the kiosks to become gathering areas for the homeless using the free phone chargers were brought up.

“The only [LinkNYC] user that I’ve observed, has been a homeless person — crazy guy at that — who’s plugged in and has built an encampment around the tower,” said C.J. Goldberg.

“The last thing we want to see our homeless people camping out in front of our building. It’s been a real problem,” the Carnegie Hill resident added.

Notably, CitiBridge’s CEO acknowledged that rats can and do nest inside the large 9 foot kiosks currently on the streets, after being confronted by community board members, but implied it was a rare occurrence.

“We don’t have many that have rats, but you’re right, rats do get in just about anywhere, including our kiosks. And when they are found, we bring exterminators in and remove them and patch whatever hole they came in through,” Mr. Colvin explained, adding that the kiosks are inspected weekly.

Other Community Board 8 members were outraged that a slide used in the Link5G presentation that claimed the expansion was aimed at bridging the digital divide and mentioned a lack of connectivity in projects owned by the New York City Public Housing Authority, pointing out these 18 towers would be nowhere near NYCHA’s Holmes Towers and Isaac Houses.

“You’re not placing one near anywhere near [the NYCHA buildings], so this also doesn’t make sense,” said board member Rebecca Dangoor, “This boards on record … stating that Wi Fi access for NYCHA residents should be considered critical  infrastructure.”

“I’m kind of disappointed in how that was kind of used as a little bit of a way to try and encourage support for this proposal when you’re not actually following through on that issue,” she added.

Accessibility concerns also arose — not just because the large kiosks and towers would become an obstacle to mobility disabled neighbors, the elderly and people with strollers, but also for the dangers the radio frequency radiation, or RF, could pose to people with implanted medical devices, like pacemakers or medication pumps.

“Look, we’re not as medical experts here, and certainly, we’re not aware of any studies that show what you are saying,” Colvin fired back.

“You don’t want to be maybe within inches of one of these radios, but within the boundaries of the regulations, the service and the exposure is safe,” the CityBridge CEO added.

Worries about the safety 5G radiation exposure repeatedly arose with OTI and CityBridge representatives deflecting questions by pointing to Federal Communications Commission regulations — except that the FCC hasn’t updated its RF exposure safety limits since 1996, when New York Yankees Hall of Fame shortstop Derek Jeter was named the American League Rookie of the Year.

Residents from the Gracie Gardens co-op — whom Upper East Site was first to report have been fighting to have a three story 5G tower located fewer than 10 feet from their building — also spoke about the proliferation of this RF equipment so close to pregnant people, babies and children, whose bodies are still developing.

“OTI is not overseeing site selection and is passing responsibility to the franchisee even though it’s a city owned pole,” explained Gracie Gardens resident Chelsea Formica.

“How can any of the residents on this call trust that there will be responsible site selection, when previous contracts with similar initiatives were ignored?” the new mother, whose six-month-old infant’s nursery is located fewer than 10 feet from the massive 5G antenna affixed atop a street pole.

Even a letter sent by the American Academy of Pediatrics to the FCC and Food and Drug Administration nearly a decade ago warned that “current FCC standards do not account for the unique vulnerability and use patterns specific to pregnant women and children.”

“I’m shocked that none of [the potential danger] was listed here today,” said Matthew Sharp.

“As a father who lives in the neighborhood, I’m very concerned about the environmental impact of these things, especially on my two young kids,” Sharp added.

Without wading into crazytown and conspiracy theories, Community Board 8’s Transportation Committee threaded the needle, addressing the issue of environmental and health concerns posed by 5G by only mentioning that questions remain about the technology in the sweeping resolution against the Link5G rollout that was unanimously approved Wednesday night.

Two local lawmakers have also come out firmly against the Link5G expansion. A representative for Council Member Keith Powers, whose Upper East Side district includes 15 of the new cell tower sites, read a statement in which he called the towers “a big departure from the link NYC kiosks that currently line our streets” and asked that they be located only in commercial areas.

New York State Assembly Member Rebecca Seawright has gone even further, sending a letter to Mayor Adams calling for a moratorium on the installation of any additional 5G towers on the Upper East Side, according to Chief of Staff Courtney Ferrissey.

“We have no confidence that there is interest in our neighbors health [or] safety,” Ferrissey explained, “And I think the other 115 people on this call tonight would agree with that.”

The resolution from CB8’s Transportation Committee now heads to the full board for a vote next week. If passed by the full board, it would remain to be seen whether Office of Technology & Innovation would even listen to the will of the people and halt the Link5G rollout, as Community Board 8’s decisions are  only non-binding recommendations.

To have your voice heard, you can sign up to speak during the pubic comment portion of Community Board 8’s full board meeting on December 14th by clicking here. 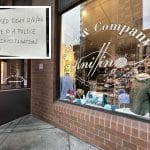 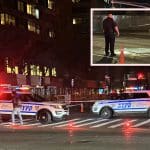