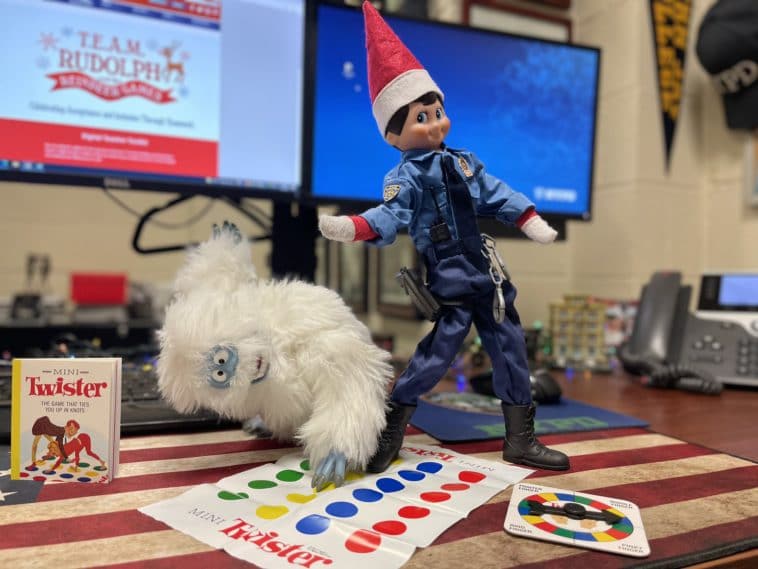 MANHATTAN – New York’s finest are doing a lot more than just fighting crime this holiday season — though that’s a big part of what the NYPD does, here on the Upper East Side, the 19th Precinct and its officers are doing even more to connect with the community in a positive, light-hearted way and give back to those in need.

For a third holiday season in a row, the 19th Precinct has rolled out it’s very own pint-sized crimefighter to offer up safety tips in a way that is sure to make you smile– he goes by ‘Pete on the Beat.’

The star of the 19th Precinct’s social media outreach, Pete on the Beat started his life as an Elf on the Shelf— but became something bigger thanks to the imagination of children and creativity of the Upper East Side’s Digital Communications and Crime Prevention Officer Anthony Nuccio.

“It was my nephews’ idea— they had their own ‘Elf on the Shelf’ and we figured out that it’s the same size of an action figure,” Officer Nuccio told Upper East Site.

With that realization and an NYPD uniform snagged from an action figure, Pete on the Beat was born in 2019— and he quickly became a hit thanks to a steady stream of posts where the tiny troublemaker found himself in tongue-in-cheek scenarios where he can offer up safety and crime prevention tips.

One recent post shows Pete on the Beat standing in a torn open Amazon package to remind Upper East Siders to track their holiday packages and be sure to grab them from your lobby before a thief.

Oh, for Pete’s sake! Please track your package deliveries & grab them before a thief does…#PeteOnTheBeat wants your holiday gifts unwrapped by someone on the nice—not naughty list! pic.twitter.com/mP8zmlThFI

“Pete on the Beat wants your holiday gifts unwrapped by someone on the nice—not naughty list,” the tweet reads.

But the practical crime prevention advice doesn’t stop there— Pete’s got tips for those ‘extended warranty’ phone scams we’ve all received as well as a warning about the so-called ‘milk crate challenge’ from social media— Pete did not fare so well in his attempt to climb the tiny milk crates.

Just didn’t want to listen to us…
Don’t worry #PeteOnTheBeat is just fine, ego ruined, but is a-ok! pic.twitter.com/bPjEJOKfON

“Check yourself before you wreck yourself Pete!!” wrote one person on Twitter, poking a little fun at Pete’s hijinks.

Pete on the Beat’s shenanigans are also helping foster relationships within the Upper East Side community.

“He’s even got fans that ask about him and some have even sent Pete gifts,” said Officer Nuccio.

And sure enough — we got a glimpse of a custom coffee mug made especially for Pete and sent to 19th Precinct station house on East 67th Street. The mug reads ‘you are my hero Pete, always on the beat.”

Upper East Site has also learned we could soon see Pete taking his police motorcycle out for a spin— though he’s sure to find himself in a sticky situation.

Pete on the Beat’s hijinks also come at no cost to the NYPD– Officer Nuccio pays for Pete’s props out of his own pocket and shoots all the photos himself either before or after his daily tour of duty.

Social media has become an integral part of the Precinct’s goal of being customer service oriented— that includes taking the time to respond to everyone who reaches out to the 19th Precinct on Twitter and Facebook.

It also provides an opportunity to showcase more than just the latest arrest or wanted poster, which can feel like doom-scrolling. On social media you’ll also see the positive engagements the NYPD has in the community.

Giving back is a big part of those engagements with Upper East Siders— the 19th Precinct is holding a food drive for City Harvest in the lobby of the station house and asking neighbors to stop by anytime— 24 hours a day— to drop off non-perishable foods for hungry New Yorkers,  like canned vegetables or soup, macaroni and cheese, hot & cold cereal and peanut butter.

The holiday spirit of helping those in need doesn’t end there for officers at the 19th Precinct— they’ve teamed up with the FDNY to deliver hundreds of toys for children staying at the Ronald McDonald House on East 73rd Street.

More than $7,000 was raised by officers and their families to buy toys for children battling cancer— and they’ll be delivered tonight in a pandemic friendly way of course.

The gifts will be passed out in a street side event Wednesday night and there will even be an appearance by Santa Claus. Old Saint Nick will be getting an assist from the FDNY and a lift on its ladder truck so he can wave to the brave boys and girls staying at the Ronald McDonald house.

It’s these ways of giving back and engaging neighbors that Officer Nuccio says helps put a “human face on the officers and fosters relationships” on the Upper East Side— a community he proudly says is the best in the city. 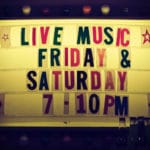 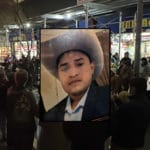