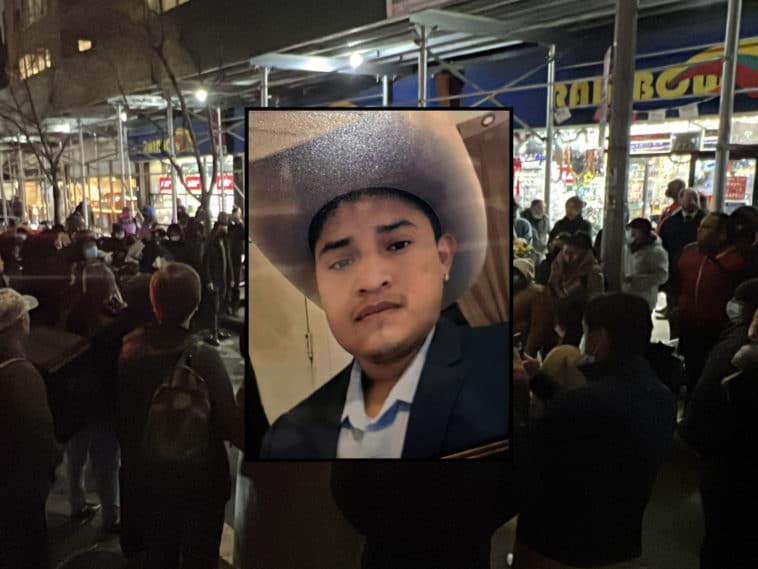 MANHATTAN –  An estimated one hundred people turned out to pay tribute to the 31-year-old delivery man known fondly by his friends as Chavita. Salvador Navarrete Flores died Monday on his way home from work after crashing his moped into an illegally double parked FreshDirect truck on First Avenue at East 76th Street on the Upper East Side.

Wednesday night, loved ones lit candles at the scene of the fatal crash and paid their respects to Chavita, who street safety advocates say has become the 13th deliverista, as they’re known, to lose his life on the streets of New York City in 2021.

Shaken and angry, the delivery workers tell Upper East Site they are literally putting their lives in jeopardy each and every time they hit the streets— sometimes to deliver just a single item ordered from the new 15-minute grocery apps that have proliferated the city over the last year.

Deliveristas who spoke at tonight’s memorial offered kind words for their fallen friend— and called for real action to keep these preventable tragedies from taking lives and destroying families.

Navarrete Flores, who lived in the Bronx, had been supporting his mother and 12-year-old son back in their hometown of Soledad, Mexico— sending money from his jobs prepping food at Just Salad and delivery food though DoorDash and Relay— his sister says his dream was to return home to see them.

Adding to the pain of losing a father and son, the family’s source of income now gone— they cant even afford the cost of a proper funeral.

“Heroes like my bother did not deserved to die the way he did,” Chavita’s sister Francisca wrote in a GoFundMe asking for help covering funeral costs and supporting his young son.

“My bother was 31-years old and was a hero. He risked his own life for this city and our family.”

A member of the delivery workers collective Los Deliveristas Unidios, Chavita was known for his activism— his sister says he joined many of the group’s rallies “to win justice and dignity for all delivery workers in New York City.”

Street safety advocates like the non-profit Transportation Alternatives are calling on Mayor-elect Eric Adams to take action to save lives where Mayor de Blasio has not.

“All of you are forced to make deliveries in fifteen minutes or under, and then god forbid when you are killed, you have to go raise $15 from person after person to cover the funeral costs,” said Danny Harris, Executive Director of Transportation Alternatives.

“This is an injustice.”

More than just a remembrance of a good man taken too soon, Wednesday night’s gathering was a celebration of Salvador Navarrete Flores’ life— a brass band joined tonight’s vigil, playing a moving rendition of Boy’s II Men’s ‘It’s so hard to say goodbye to yesterday.’

Deliveristas in the crowd called out Chavita’s name– their hearts broken for a good man who had touched so many of their lives. Even neighbors and cyclists passing by joined in the vigil to honor his life.

A funeral for Salvador Navarrete Flores is planned for December 26th.

“That day we’re going to give him his last goodbye,” a friend of Chavita’s told the crowd.

“The reason we all came here is for a dream. Not to go back the way [Chavita] is going back.”

The NYPD’s Collision Investigation Squad is investigating the accident that took Chavita’s life and was seen interviewing FreshDirect workers at the scene of Monday’s crash— though no findings have been released yet.

FreshDirect tells Upper East Site it is “deeply saddened about this tragic accident,” adding that “FreshDirect wishes to extend its sincerest condolences to the family. We are unable to comment further as there is an active police investigation underway, and we are fully cooperating with the local authorities.” 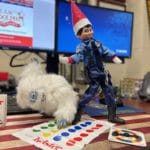 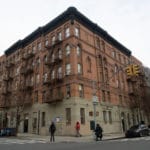