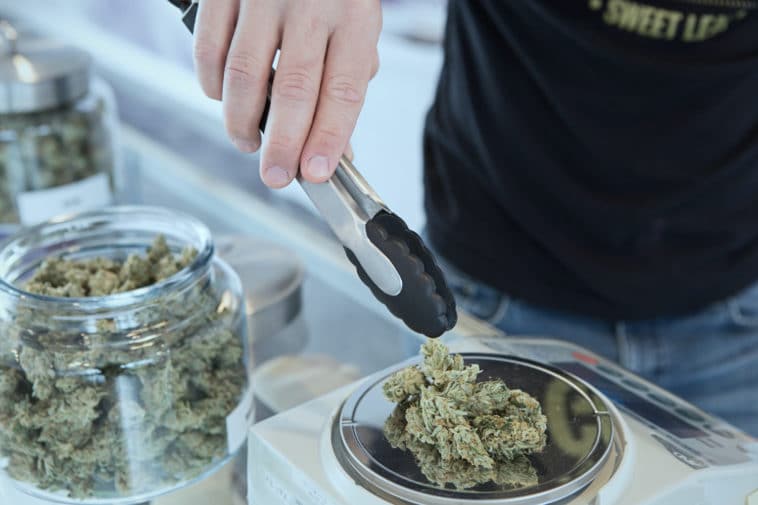 Legal Weed Shops May Not Hit in 2022, New York. Here’s What We Know/Add Weed, Unsplash

This article was originally published on Dec 21 at 2:40pm EST by THE CITY

New York legalized marijuana use this spring, and by year’s end cities and towns across the state must individually decide whether to allow cannabis dispensaries and “on-site consumption.”

The city has opted in. But that doesn’t mean New Yorkers 21 and older will be able to walk into a shop in the five boroughs and legally buy weed on New Year’s Day.

Bureaucratic delays — made worse when Andrew Cuomo resigned as governor in August — have pushed back the timeline by months and the city may not see many (or any) pot establishments open their doors for sales in 2022.

Despite a cloudy future, the pot industry is gearing up for the green light and a new state regulatory body is sorting out the details for how it will all work.

Waiting to inhale: What’s next for recreational weed?

Every city, town and village in the state has an important decision to make before the end of the year: should they  allow marijuana dispensaries and/or consumption spots — i.e., a cannabis lounge — to operate within their borders?

The state set a Dec. 31, 2021, deadline for municipalities to opt out of one or both of those possibilities. Municipalities that take a pass will not get any tax revenue generated from recreational marijuana sales elsewhere in the state.

So far, at least 593 municipalities in the state have just said no to at least one option as of Tuesday, and at least 272 have publicly said yes to one or the other, according to Heather Trela, a marijuana policy expert at the Rockefeller Institute of Government, who has been tracking those decisions for all of New York’s roughly 1,500 cities and towns.

That rate is actually “a little more permissive compared to some other states” where a greater percentage of localities have opted out of statewide legalization, Trela said. Any place in New York that doesn’t opt out by New Year’s Eve is automatically in.

In New Jersey, almost 70% of municipalities opted out of all six categories of marijauna license created in that state, and “similar patterns were seen” in California, Illinois, Massachusetts and other states, Trela wrote in a recent blog post.

Jordan Isenstadt, a public relations veteran who works with many cannabis industry clients, served on the Cannabis Task Force for North Hempstead, L.I., as it considered opting in or out (it’s out). In a recent Daily News op-ed, he had urged towns like his to welcome marijuana retail operations.

Thanks to little guidance or rules from the state on how sales will work, many municipal leaders are leaning toward “no,” he contended.

“Because of the timeline, because we don’t have final regulations, because there aren’t [cannabis license] applications available yet, a lot of towns are saying no right now,” he said. “They’re not even really clear what they’re opting into.”

The opt-out option only applies to dispensaries and on-site consumption, not to “every other license type,” Isenstadt noted, including cultivation, delivery, processing and manufacturing.

Any town that doesn’t submit a decision is automatically opted in, and that cannot be reversed. But if leaders intentionally opt out, they can opt back in starting next year.

New York City is not among those opting out. Mitch Schwartz, a spokesperson for City Hall, confirmed the five boroughs will have both cannabis establishment options.

I live in NYC. When will I be able to legally buy weed?

You’ll have to be patient a little bit longer. Experts say most of the state may not see marijuana retail shops until very late in 2022 or, more likely, early 2023.

That’s because while the Marijuana Regulation and Taxation Act gave all New Yorkers the legal right to use, smoke or possess less than 3 ounces, the state still hasn’t issued any licenses to the people and companies who will supply, ship and sell legal cannabis to customers.

There are 11 types of licenses that will be available to create that pot supply chain, including for cultivators, processors, dispensaries, deliverers and operators of “on-site consumption,” i.e. a cannabis bar or lounge.

Those permits will eventually be issued by the newly created Office of Cannabis Management, or OCM, a state regulatory agency created by MRTA. But how, or when, those certificates will be created, is still unclear.

Those decisions will be made by a five-member Cannabis Control Board, which will serve as the oversight body for the OCM.

But the control board has not yet addressed any licensing questions in four meetings held between October and December.

Tremaine Wright, former Brooklyn Assembly member and now chair of the board, said last week at a Crain’s New York Business forum that the CCB would release regulations on recreational marijuana between January and March of 2022.

“We are going to continue to ramp up our staffing, to get regulations written and we’re hoping to roll them out in the next year,” she said.

If you want to lay blame for the hold-up, look to Cuomo’s scandal-plagued past year, Trela said.

“The Office of Cannabis Management got a really late start because no one was appointed to it. Governor Cuomo did not make any of the appointments,” she said. “So, that had to wait for Governor Hochul to come in.”

Pilar DeJesus, a cannabis advocate and educator in East Harlem, said a possible delay for sales into 2023 does not sit well with some “because people want to get started,” she said. But for her, the pause may be a blessing.

Opening a dispensary or consumption site takes time, funding and specific legal, branding and security expertise that many people in lower-income communities may not have, she said.

“Unfortunately, my community is still not fully prepared,” she said.

If you can’t wait, you’ve got a few (legal) options:

Johnny Walters, a co-owner of Uncle Budd’s, said he is happy to be able to hire young people in the neighborhood and “make a decent living without going to jail.”

“I love it. I think I will finally be able to have something to leave my grandkids, and my kids,” he told THE CITY. “It should have been legal. A lot of people went to jail, did time.”

This is a creative town. And some shops that have already opened in preparation for the change give a clue as to how colorful the grassy landscape might be.

Some current medical cannabis locations — like MedMen’s retail outlet near Bryant Park or Curaleaf’s Forest Hills storefront — may take advantage of an option to create a combination medical and recreation site, with a health clinic-like air.

Isenstadt, the PR vet, represents a Finger Lakes apple orchard, Beak and Skiff, that’s hoping to win a license in order to convert part of its land into marijuana cultivation and do on-site consumption “to be a cannabis destination,” he said.

The longtime Manhattan-based underground cannabis club Happy Munkey is getting in the game, too, with two sold-out events held this summer where guests received pot products that included pre-rolled joints.

New York’s law aims to right the wrongs of the criminalization of marijuana in a few key ways.

First, at least 150,000 people with past marijuana-related convictions will have those records automatically expunged by New York’s court system, including 19 people who were in state prison on now-decriminalized charges.

That’s on top of the 160,000 convictions that were expunged after a 2019 law decriminalized possession of three ounces or less of marijuana.

Second, when the Office of Cannabis Management issues licenses, its goal is to give 50% of them to “social and economic equity applicants.”

The OCM defines those recipients as “individuals who have lived in communities disproportionally impacted by the War on Drugs” — which will be determined by the Cannabis Control Board — as well as minority- and women-owned businesses and distressed farmers.

“They keep calling it social equity but what it’s supposed to be is reparations,” said DeJesus, the Harlem advocate. “Black and Latino people have been the most harmed. They should be the ones that are prioritized when coming to get the licenses.”

DeJesus is glad for the provisions but worried that white business owners may use it to take advantage of people like her, or her neighbors. Already, she has been approached out-of-the-blue by investors who have asked if she would be a social equity applicant to front their cannabis business venture.

“I was like, ‘This is so weird.’ I declined,” she said. “This is not how I build partnerships.”

The law requires that 40% of the tax revenue generated by recreational cannabis sales go toward helping communities harmed most during the “War on Drugs” era — by way of a yet-to-be-established New York State Community Reinvestment Grant Fund.

That fund will be managed by a 13-person, as-yet-unformed state Cannabis Advisory Board that must include people with prior drug convictions and formerly incarcerated people, among other categories.

Trela said if everything goes according to plan, New York’s social equity effort “could be one of the more progressive programs in the country.” But the devil is in the details, and results have been mixed in other states, she said.

“Getting into the marijuana industry costs a lot of money and when there’s still federal prohibition, which impacts your ability to get business loans and other sorts of financing, that prices out some people that might otherwise be interested,” she said. 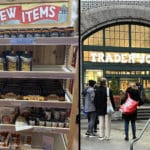 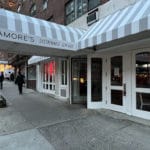