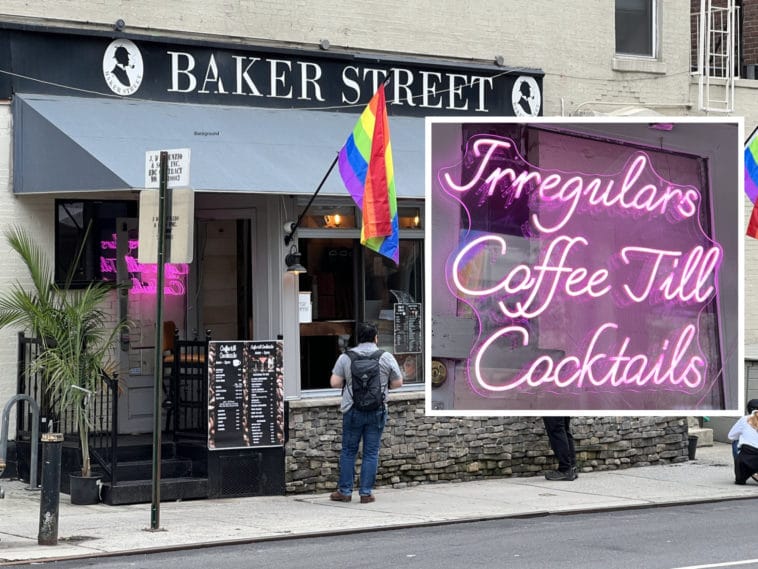 MANHATTAN – In 1965, a perfume salesman-turned-bar owner transformed a dive into a destination when he opened of the original T.G.I. Friday’s location on the Upper East Side. It was one of first singles’ bars in New York City. Fifty-seven years later, the proprietor of a new bar in the famous spot is following in his predecessor’s footsteps with a career change and a new experience for customers of Irregulars.

The year was 1965, a young Alan Stillman had bought the bar at the corner of East 63rd Street and First Avenue with a mission— give young, single New Yorkers a place to meet— like a cocktail party but without needing an invitation.

“All I really did was throw sawdust on the floor and hang up fake Tiffany lamps,” Stillman recounted in a 2010 interview, “I painted the building blue and I put the waiters in red and white striped soccer shirts. If you think that I knew what I was doing, you are dead wrong.”

“I had no training in the restaurant business, or interior design, or architecture,” Stillman explained, “I just have a feel for how to use all those things to create an experience.”

The original TGI Friday’s was so popular, it was featured in the 1988 Tom Cruise movie Cocktail and of course, it spawned the family friendly restaurant chain that we know today.

A play off the Sherlock Holmes-themed Baker Street Pub which closed at that location in 2020— the Irregulars name pays homage to the gang of scrappy street boys who help the fictional detective on his cases, known as the Baker Street Irregulars.

That’s why some of the signage remains the same despite the name change. However, that’s also where the similarities to the Baker Street Pub end— Irregulars has an upscale feel all its own.

For starters, at its heart, Irregulars is an Irish bar and Guinness is always on tap along with nine other draft beers.

There’s also a fun selection of cocktails on the menu— including the ‘Mojito Mo’ Problems,’ the ‘Oh Dear, Mr. Belvedere,’ made with Belvedere vodka infused with blackberry lemongrass and ‘The Pink Lady Martini’ featuring pink grapefruit.

The comfy, expansive booths in the back have been reupholstered in bright red, combined with the dark blue walls make the perfect backdrop for a selfie— but what Irregulars excels at is being a comfortable neighborhood spot to hang out with friends and have some drinks over a good meal.

Irregulars menu has you covered whether you want traditional bar food like their chicken wings, Irish nachos and fried cheese curds or something more hearty like the shepherd’s pie, traditional fish and chips or the Irish chicken curry.

Chicken and waffles, avocado toast and two types of eggs Benedict are some of the other savory brunch options. If you have a sweet tooth, try the stuffed french toast or the Irregular pancakes with mixed berries and chocolate chips.

Plus, you can add 90 minutes of bottomless drinks to brunch for just $25 more.

One more thing that sets Irregulars apart from most Upper East Side bars and restaurants is their creative use of a small space in the rear of the restaurant on the East 63rd Street side of the establishment.

The small space has been converted into a walk-up cafe window, called Irregulars’ Coffee Till Cocktails, where you can order a cup of java and pastries from the barista from 6:00 am until 3:00 pm.

You can also stop by the window again to pick up a cocktail to-go, including frozen margaritas, piña coladas, a drink called the ‘FOMO’ and of course ‘rosé all day.’

Be sure to stop by Irregulars so you don’t get FOMO yourself. 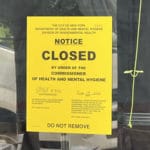 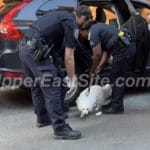