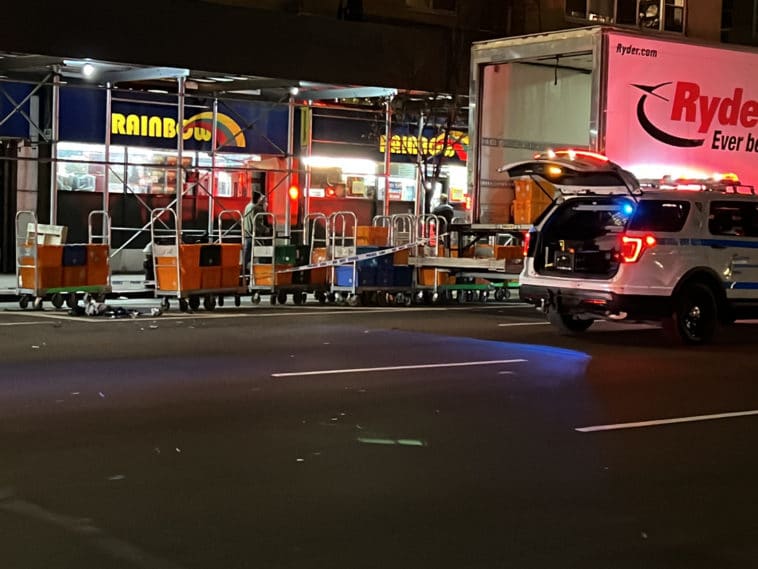 MANHATTAN – A 31-year-old man is dead tonight after tragic crash on the Upper East Side. Investigators say he was riding a moped on First Avenue in Lenox Hill when he slammed into the back of a truck parked at the corner of East 76th Street.

The victim’s wrecked blue 150cc moped remained on the scene Monday night as officers with the NYPD’s Collision Investigation Squad collected evidence from the roadway, trying to piece together exactly what happened.

Investigators confirm to Upper East Site that 31-year-old Salvador Navarette-Flores of the Bronx was riding the moped northbound on First Avenue when he slammed into the double-parked Fresh Direct truck at the corner of East 76th Street just after 5:00 pm Monday evening.

A large blood stain could be seen on the pavement of First Avenue, along with crushed and splintered plastic from the wrecked gas-powered moped.

At this point it’s not clear what sent the Navarette-Flores’ moped barreling into a parked truck or whether he swerved to avoid another vehicle in traffic— all of that is currently under investigation by police.

Detectives questioned the Fresh Direct workers about what they saw as food delivery workers gathered at the scene to catch a glimpse of the deadly scene where the moped rider was killed.

The intersection has been shut down for several hours, with officers diverting traffic onto East 75th Street, except for emergency vehicles and MTA Buses which have been allowed to pass. 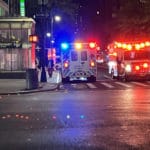 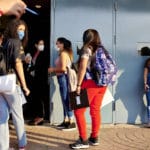