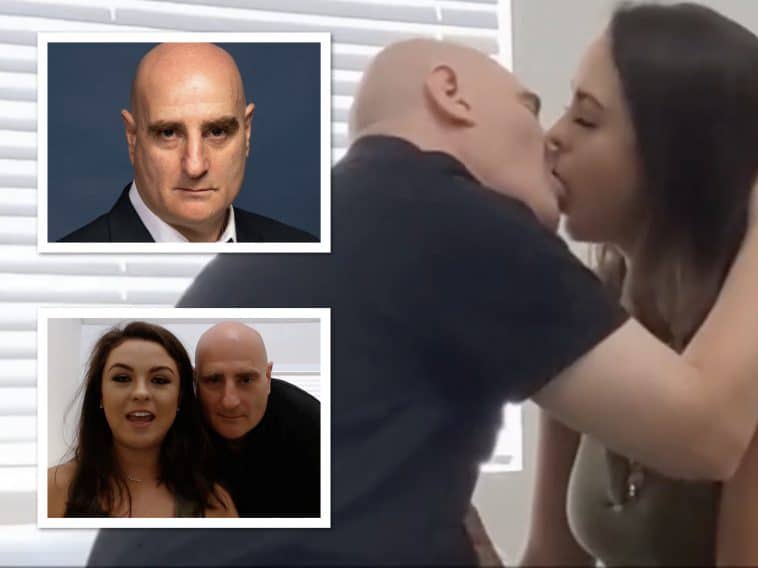 In what only can be described as a ballsy move, one candidate vying for outgoing Upper East Side Congresswoman Carolyn Maloney’s seat in the U.S. House of Representatives has released his own sex tape. No, it’s not that Democratic hunk Jerry Nadler — I’m talking about third party candidate Mike Itkis, who’s sharing videos featuring fornication in the hopes of highlighting his stance on sex positivity.

Who could forget this cringeworthy moment, when the pasty Harry sat on Charlotte’s pristine white couch?

Or him reading the newspaper in the buff?

I wasn’t sure which was a bigger gross-out.

While I appreciated Itkis’ attention to manscaping, I couldn’t help but wonder whether Itkis’ ’in the box’ thinking was effective or would fall flaccid in the face of skeptical voters.

If Kim Kardashian could launch a career based on a sex tape, who is to say that Itkis couldn’t launch a political career with one?

It makes sense too – schlubby average white guys who have no business banging hot chicks or running for Congress are exactly the ones who end up doing both. Congress is already filled with them so Mr. Itkis would be in good company if he could pull it off.

His GOP opponent, Mike Zumbluskas told City & State, “You gotta do what you gotta do. The media ignores everybody that’s not a Democrat in the city.”

Apparently, others were thinking the same thing. Saturday Night Live mentioned Itkis’ sex tape on its Weekend Update with Michael Che quipping, “I am going to vote for him because I share some of his same positions.”

Of the SNL shout-out, Itkis told me he didn’t mind being the butt of any jokes, “Friends I haven’t heard from for a while reached out because of that segment. As the video has gotten significant attention, I am looking forward to discussing the policies that will expand our citizens’ sexual rights, as well as other legislative priorities highlighted by my campaign.”

“I made the decision to run in June 2022,” explains Itkis, however the videos he made were filmed in summer and fall of 2021 — long before that decision.

He continued, “Ms. Sage was already an established adult performer at the time. She was also the director of the video. The intent was that the production would use all industry standards to verify age requirements, [sexually transmitted infection] test status and consent protocols.”

In the two segments it does seem that Mr. Itkis gets more comfortable on camera.

In the first, his performance was rather lackluster. While I can’t say his literal positions were as noteworthy as his political ones, I can say they were rather vanilla.

In the latter session I appreciated the role-playing aspect of them both being in business attire, Itkis in an ill-fitting suit and Sage dressed as what appears to be a sexy secretary.

As a fairly liberal New Yorker, I do appreciate Itkis’ policies regarding abortion.  Clearly pro-choice, Itkis also believes that abortion should be free to any woman who desires one, in an effort to clear up economic disparity.

“If women are required to pay for an abortion, it means that low-income women are being discriminated against and denied their sexual rights. The medical community should be able to provide guidance as to the methods appropriate for a variety of situations,” Itkis explained to me.

Where Itkis veers off into distasteful territory, in my opinion, is when he states he believes men should not have to pay child support for unplanned pregnancies unless there was a prior agreement to do so.

“In the case of an unintended pregnancy, neither the man, nor the woman should be required to become parents,” he explains.

“If he chooses to become a parent, he must provide a written agreement stating so. Otherwise, the woman must make the decision on whether to continue with the pregnancy knowing that the man will not be responsible for being a parent to that child.”

When I pointedly asked if he discussed this with Sage prior to consummation, he said he practices what he preaches.

“The possibility of an unintended pregnancy was also discussed; Ms. Sage stated that she was not interested in becoming a parent at that time.”

The bottom line is, in Itkis’ scenario, if a man disagreed with a woman about terminating a pregnancy, the woman would be left with no financial help from him.

As an Upper East Sider I chatted with said, “This is all very self-serving.”

This Upper East Side voter I chatted with believes that while free abortion services are something that would indeed benefit both women and men, he feels Itkis’ stance is less than altruistic. The voter believes that this is merely a way for Itkis to get out of any potential financial obligation to pay for either pregnancy termination or child support.

Thankfully, voters who agree don’t need to use Itkis’ declared safe word, ‘Stop’ and can instead put an end to this fuckery by simply getting out to the polls on Tuesday, November 8th.

I can only hope that other politicians don’t follow suit and start releasing their own sex tapes. Well, except maybe Gavin Newsom. 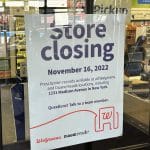 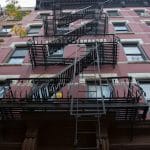