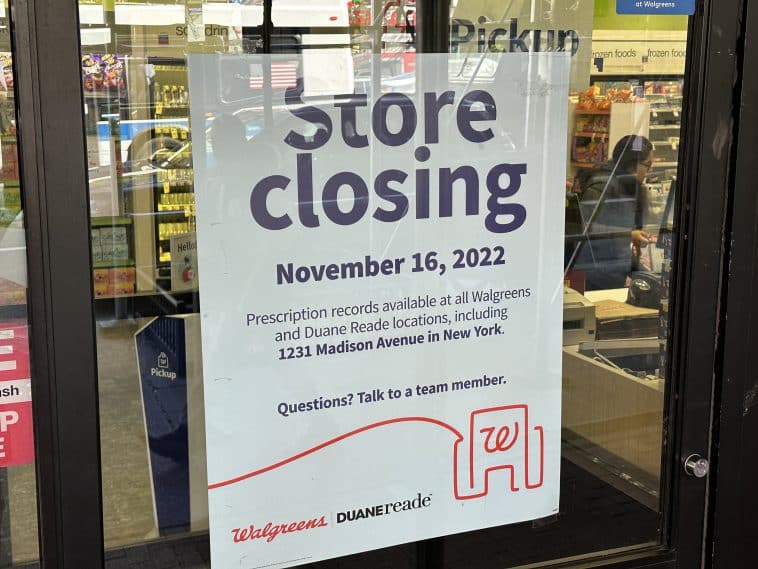 Duane Reade is set to close another store here on the Upper East Side, shrinking the pharmacy chain’s footprint in the neighborhood once again. While company officials avoid questions about whether the closure is related to rampant thefts at the store, Upper East Site has learned the store was the scene of dozens and dozens of cases of shoplifting over the past two years.

A large sign posted at the entrance of the Duane Reade located at 1675 Third Avenue, between East 93rd and 94th Streets, warns customers the pharmacy is set to close its doors forever in less than a month on November 16th.

Customers’ medication records are available at any Duane Reade or Walgreens, according to the sign, including the closest store on Madison Avenue — which will become the only Upper East Side location north of East 86th Street once the Third Avenue store shuts down permanently.

“We are focused on creating the right network of stores in the right locations to best meet the needs of the communities we serve,” said Fraser Engerman, Senior Director of External Relations for Walgreens, Duane Reade’s parent company.

“There are a number of factors that we take into consideration including dynamics of the local market and changing buying habits of our customers,” Engerman added, downplaying the role out-of-control shoplifting played in the company’s decision making.

A Store employee tells a different story, sharing with Upper East Site that they believe the store is closing due to the same rampant theft that affects retail stores across the city.

“Most of it is because of [the thefts],” the Duane Reade employee told Upper East Site.

“I believe it’s other things as well,” the worker added, “but, a big part of it is the shoplifting.”

There have been a total of 62 grand and petit larcenies reported at the 1675 Third Avenue Duane Reade so far this year, the NYPD tells Upper East Site.

Despite the high number of thefts reported, that Duane Reade store is on pace to actually see a decline in shoplifting from from 2021 — when a total of 120 larcenies were reported at the store over the course of the full year.

Meanwhile, grand larcenies are up nearly 57% on the Upper East Side compared to the same time period last year, according to NYPD crime data, while petit larcenies — where less than $1000 in merchandise is stolen — has risen 62% year to year.

Earlier this month, the NYPD’s Chief of Department Kenneth Corey pointed to small group of criminals that are driving the spike in thefts.

“There are 43 individuals, none of whom live [on the Upper East Side]. Forty-three individuals who have been arrested [on the UES] a combined total of 438 times in 2022,” said Chief Corey said.

“So as our officers and our detectives go out every day and do their jobs, these 43 people are doing their job, and their job is to steal and to steal as much as they can, and as often as they can,” Corey added.

Back at the Duane Reade, employees say arrangements are being made to transfer to other stores still open after the upcoming closure. 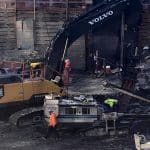 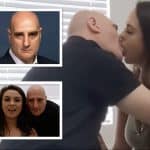