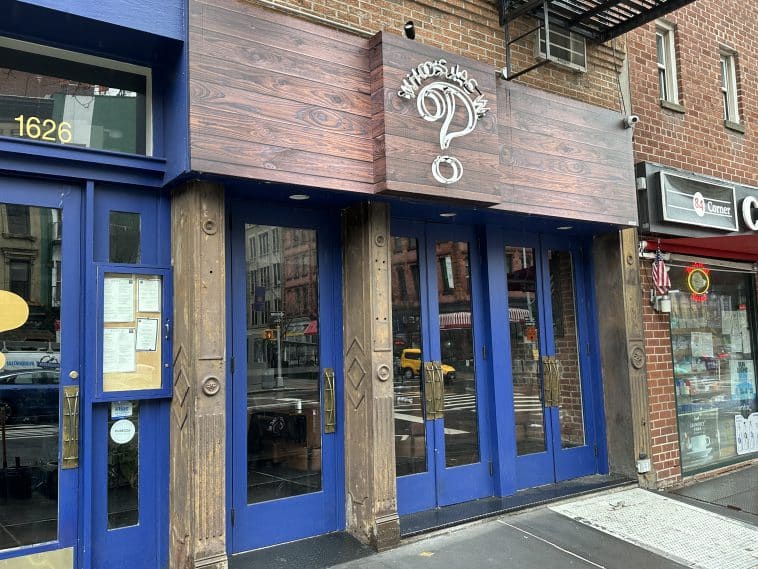 With a mysterious name, modern design, innovative cocktails and plenty of unique plates, Who’s Jac W.? roared onto the Upper East Side dining scene in a big way when it opened in November 2021, bringing an eclectic downtown vibe uptown to Second avenue. Just thirteen months later, Upper East Site has confirmed the restaurant has suddenly shut down permanently.

Rumors of the closure first trickled out on New Year’s Day when comedian Brian Elberg, a comedian who organized performances at the restaurant, revealed that he was looking for a new establishment to host his stand-up comedy showcases.

Elberg explained to Upper East Site he had received word of the shut down from the person who managed the restaurant’s Instagram account, as well as a server — however, the restaurant had not responded to our multiple inquiries.

When Upper East Site visited the restaurant on Tuesday afternoon, a man inside the defunct eatery confirmed that Who’s Jac W.? had permanently closed. The man, who did not provide his name, added that he could not reveal the reason for the establishment’s abrupt end at this point in time.

Who’s Jac W.?’s unexepected shut down comes just over a month after the man who created and operated the restaurant announced he was moving on from the venture.

Back in November, Chef Joel Reiss announced he terminated his partnership at the restaurant after a year of 12 to 16 hour days toiling in the kitchen at the trendy eatery which Upper East Site had named one of the best first Date spots on the UES.

“The restaurant is a culmination of creativity and care by Joel from the name, food, design, and staffing,” read a message posted to Chef Reiss’ Instagram account last month. “He put everything he had into it, even immense time away from family.”

Chef Reiss left the restaurant “on an upswing, as a successful endeavor,” the message notes, compounding the mystery of why exactly his former parter decided to shut down the restaurant.

As for exactly who is “Jac W.” in the restaurant’s name, that mystery has been solved.

ALSO READ | The Shittiest Overpriced Coffee on the UES, according to Upper East Siders

JACW is an acronym using the first letter of the first names of Chef Joel Reiss, his wife Amity and children Cooper and Wyatt.

“There are many reasons [for ending the partnership], such as varied vision and goals,” the post from Chef Reiss continues, “but, if there is anything that a pandemic has taught us, is that quality of life must come first.” 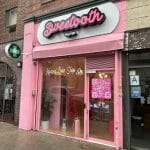 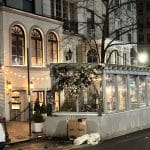