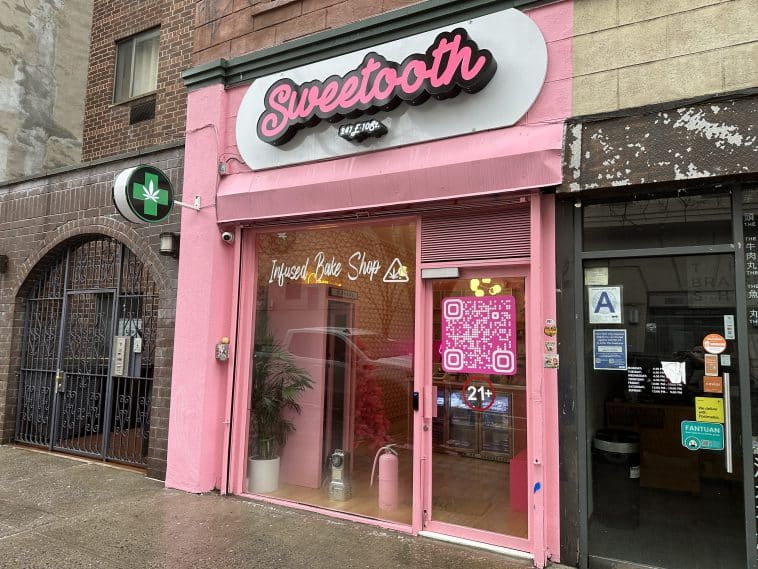 A new sign advertising Sweetooth now hangs in the window of a vacant barber shop located 1662 First Avenue, between East 86th and 87th Streets. The company confirmed to Upper East Site that the space be converted into a bake shop serving THC-infused treats next month, but did not provide a grand opening date.

Sweetooth tells Upper East Site that it’s fresh pastries — such as their weed-spiked macarons, donuts, cup cakes, cake pops and even Italian rainbow cookies — are all prepared by three bakers at a ghost kitchen in Queens. The menu changes weekly.

If the THC bake shop’s original location in the East Village — which has been open since the summer — is any indication of what’s to come on the Upper East Side, we can expect the storefront to get a fresh coat of pink paint, a display case packed with freshly-baked products and rows of THC-infused candy hanging on a back wall.

Despite a claim on its Instagram account claiming to have applied for a license to sell recreational cannabis, Sweetooth is currently not licensed to sell any marijuana products, according to records from the New York State Office of Cannabis Management, which did not immediately confirm whether an application was pending.

“We are here to EDUCATE on the benefits of cannabis especially digesting method,” the operator of Sweetooth’s Instagram account told Upper East Site before cutting off all communication after we inquired further about the new shop.

Mayor Eric Adams said last month that he would not allow New York City to become the Wild West when it comes to unlicensed cannabis sales.

However, it remains to be seen whether a task force lead by the NYC Sheriff’s Office can rein in the explosive growth of smoke shops, weed bodegas and unlicensed marijuana dispensaries that have spread like wildfire.

On the Upper East Side, Community Board 8 passed a resolution in December calling for both the City and State of New York to empower a specific agency to handle marijuana enforcement and shut down illegal operators.

Meanwhile, Community Board 8’s Street Life Committee is set to discuss the issue of recreational cannabis licensing within the Upper East Side during its meeting Tuesday night. Currently, the committee issues recommendations whether establishments in the neighborhood should receive a liquor license. 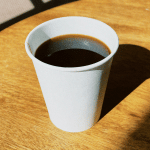 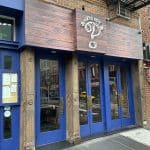