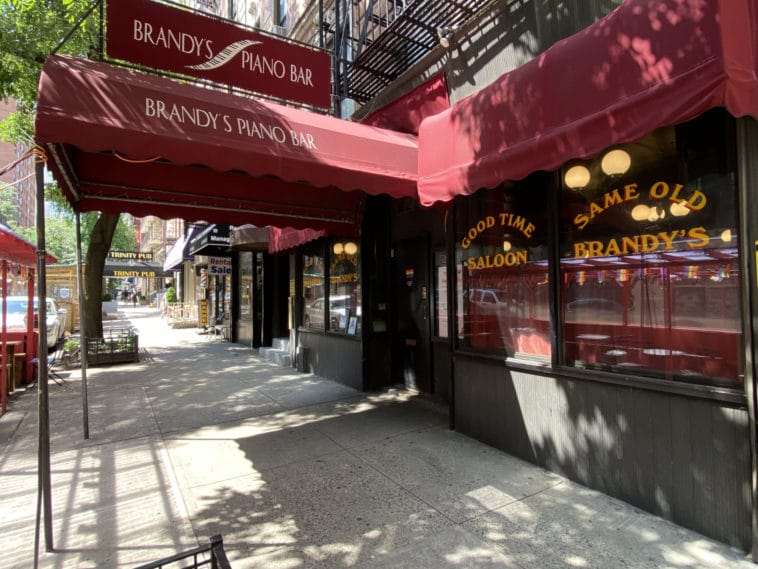 MANHATTAN – Brandy’s Piano Bar and its longtime manager and owner, Jim Luzar, are survivors. For 43 years, the “neighborhood dive bar” on East 84th Street, as Luzar affectionately calls it, has been the meeting place for a chosen family of singers, actors, and other music fans, many of them gay.

Luzar has been at Brandy’s since it opened in 1979, at the dawn of the AIDS crisis, when he took a job tending bar, and he has seen the arc of the epidemic evolve from fear to hope.

As the cruel disease caused by the human immunodeficiency virus, HIV, spread throughout the 1980s and 90s, Luzar wondered, as he thought many did, why he didn’t get sick. “Why me? Why did I make it? Why the hell am I still here?”

His voice full of emotion, he whispered, “We survived.”

Sitting at the black-stained wooden bar on a recent Sunday afternoon as Pride Month was getting underway, Luzar reflected on his decades-long run at Brandy’s, those loved and lost, and the meaning of Pride. The upright piano across from the bar, against the red-painted wall and under framed posters of Old World Paris and hit Broadway shows, seemed part of that history.

The regular crowd that coalesced at Brandy’s in the early days of AIDS felt “beaten up by the government” because the epidemic went largely ignored, Luzar said.

“Nobody seemed to care because it was the faggots that were dying,” he said. Luzar, with his stocky build and salt-and-pepper hair, remembers the fear in the early years of not knowing how the disease was transmitted. Every action, even the simplest of bar tasks, seemed to carry risks.

“We didn’t know what caused it or how you could get it.”

Mr. Luzar recalls a singer and pianist who was one of the first people at the bar to get sick from AIDS. None of the staff wanted to wash his glass after he finished his drinks, Luzar said.

“You throw the glass away instead of washing it, because we didn’t know and you felt horrible,” he said. “Horrible, this man you absolutely adore.”

He emphasized how the sense of community and family at Brandy’s magnified the losses, but also provided some solace. Many performers and staff died of AIDS and a feeling of helplessness spread throughout the community.

But along with guilt came a steady resolve.

Lauren Mufson, a veteran Off-Broadway musical theater performer, who began singing at the Yorkville piano bar in 1987, said that the performers at the time tried to keep a positive attitude, despite the mounting losses, as they belted out Broadway show tunes.

Amidst the “ongoing crisis” of losing staff and patrons, Mufson and her fellow musicians “just kept entertaining. You know, that’s really what we knew how to do, to just keep singing and creating a joyful atmosphere.”

Mufson said this Pride Month, like every Pride Month, is about survival and family. “We’ve lost a lot; we’ve survived a lot.”

Over the past decades, changes have been sweeping: the development of an AIDS drug ‘cocktail’ in 1995 that saved, and continues to save countless lives; the declaration of June as Pride Month by President Bill Clinton in 1999; the legalization of gay marriage in a 2015 Supreme Court decision; and multinational corporations now putting the rainbow symbol into their logos during June and advancing LGBTQ causes.

Luzar recalls a time before society became so evolved, when he was living in Greenwich Village.

He’d look out his apartment window in those days and watch “heroes walking down the street. Yeah, literally heroes, you know, in wheelchairs, or with their parents, or parents of gay children, who were not gonna live much longer.” He remembers the thin faces, gray pallor, and sunken eyes of the sick, who he says, with tears in his eyes, looked like “zombies.”

“Pride is whatever those people want.” He wants to make those that lost their lives proud of how the community has carried on. Luzar admires the grit it took to live with AIDS — and die of it — before the ‘cocktail’— a combination of anti-viral drugs targeting HIV— was released.

“I bow to those people, and I can’t say enough how much I respect them. There’s still a few of them left but those back then, a whole bunch of them didn’t make it.”

As for Pride Month every June, Luzar said he tries to stay away from the commercialism that has proliferated over the years, saying that the sensationalization it generates “makes a lot of money, and that’s a good thing,” but that the people are far more important.

For her part, Mufson said she wants to educate future generations on the history of the queer community at Brandy’s, and beyond.

“I think it’s important for our customers, who maybe are much younger, and maybe don’t know the history of AIDS and the AIDS crisis. For us to bring that up on a yearly basis, for us to celebrate their survival, and the continuing flourishing of, not just the bar but also the culture.”

Bartender and performer Lucas Sverdlen is part of those “future generations.” Working at Brandy’s for just over a year, he first came as a patron to hear Mufson sing. Soon, he was offered a job.

Sverdlen calls the bar a welcoming place, where everyone knows everyone else, and the staff are always ready to lend a helping hand.

Luzar echoed this, saying that this Pride Month, as he does every year, he hopes to “hold on to that positivity that we got from these heroes fighting [to survive]. I hope that, as cliched as that sounds, their death wasn’t in vain.”

“You honor those people by [celebrating] Pride these days,” he continued, “and that’s what I think it is. That’s what it was for me.”

Longtime patron Melissa Kotlen, whose son is queer, called the piano bar “one of the few places in the neighborhood you can be yourself.” She reiterated what many other customers had said, “inclusive of everyone, all the time, not just at Pride.”

After the hardships of the Covid-19 pandemic and the forced shutdowns that closed the business for a few months in 2020, Mufson called Brandy’s “the little bar that could.”

She said the bar has evolved since it opened all those years ago. It used to be “90% gay men” and now the crowd is mixed, but still as close as ever. “It’s very, most everybody comes together. Which is a very good thing.”

Mufson is also proud of the fact that the bar has been gay-owned since it opened — first by Rob Hoskins, then by former NYPD officer Joe Connell, who died in 2018, and now Luzar.

She adds, “pride is a beautiful, beautiful opportunity for us to celebrate” the fact that the Brandy’s family has survived, and continues to thrive on the Upper East Side. 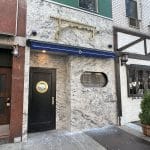 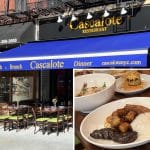