MANHATTAN – Hopes of turning a rat-infested eyesore into an Upper East Side community garden are all but dead— now that the long vacant lot at the southwest corner of East 78th Street and First Avenue has been sold to developers for a staggering price.

According to the Real Deal, a magazine covering New York City real estate, the property located was scooped up late last week for a whopping $73.5 million dollars by Carmel Partners, a San Francisco based investment firm.

After a decade of neglect and a growing push towards turning the already green space into a community garden, the overgrown lot was stripped bare last month.

Three days before Christmas, contractors hired by the property’s owner cleared the entire lot of every last piece of vegetation— every plant pulled up, every tree, chopped down.  Only dirt, bricks and trash were left in its place.

Just weeks earlier, the grassroots activist group UES Green Space Now was joined by local elected officials— including Council Member-elect Julie Menin and Congresswoman Carolyn Maloney— to raise awareness of this blight on the neighborhood— as well as gather signatures for a petition to turn the eyesore into a community garden.

With a reported $73 million spent on the land, Upper East Siders hopes for the space are effectively crushed.

“We will continue to seek solutions, and advocate strongly for City-wide urban planning that includes greenspace and environmental justice as the best responses to climate change and a truly livable city,” UES Green Space Now told Upper East Site in a statement

The group added that it “strongly condemns the further encroachment of the real estate industry on our neighborhood. They put profit over the needs of people and planet time and time again and this is no exception.”

Last month, Council Member Julie Menin told Upper East Site she would pursue legislative options to get much-needed green space for the UES— including a bill allowing temporary community gardens on vacant lots until the lot is developed.

As for what could be coming to the eyesore property— the Real Deal reports the lot is zoned to have a building as large as 153,000 square feet constructed, with an even larger building possible through incentives linked to affordable housing credits the developer can acquire.

Upper East Site has reached out to Carmel Partners for more information but has yet to hear back. 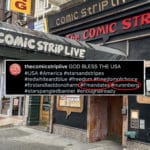 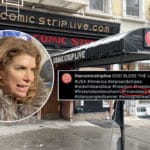