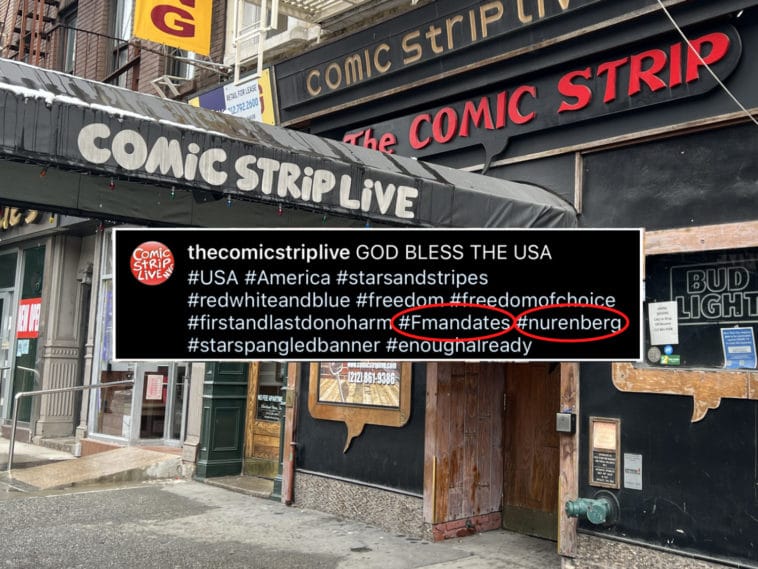 MANHATTAN – Just over twenty-four hours after a Chase bank ATM in Yorkville dispensed hundred dollar bills stamped with symbols of hate including a swastika, another instance of anti-Semitism— this time unexpectedly coming from a beloved Upper East Side institution, the Comic Strip comedy club.

Located on Second Avenue between East 81st and 82nd Streets, the Comic Strip has been keeping New Yorkers chuckling since 1976 and bills itself as the longest running comedy showcase in the world.

In fact, Jerry Seinfeld spent his early years in stand-up cutting his teeth on the Comic Strip’s stage, and even used the club as the setting for a 2017 Netflix comedy special. Eddie Murphy, Chris Rock, Adam Sandler are some of the greats that also graced the stage over the years— more recently you could find Leslie Jones, TJ Miller, Judah Friedlander and Michael Rappaport headlining or making guest appearances.

It’s that long, positive history on the Upper East Side that made Sunday morning’s anti-Semitic instagram post that much more disturbing to neighbors who wondered whether Jews and Jewish comedians were no longer welcome at the Comic Strip.

Around 8:00 am, the Comic Strip’s instagram account posted a video of the American flag proudly displayed and waving in the wind above the Second Avenue comedy club with the caption, in all caps, “GOD BLESS THE USA.”

At first glance, it was a seemingly innocuous, patriotic post. However, a closer look at the hashtags included in the post reveal the anti-Semitic anti-vaccination message being sent.

#Nurenberg [sic],” is a misspelled reference typically made by anti-vaxxers drawing false equivalency between current Covid-19 vaccination mandates and the human experimentation done on Jews by Nazi Germany and the subsequent establishment Nuremberg Code— a set of ethical principals for medical research— during war crimes trials held following the Holocaust.

Anti-vaxxers have repeatedly used holocaust or anti-Semitic imagery over the past year— including swastikas during a march in Central Park and a protest in front of Gracie Mansion, as well as fliers posted on vacant storefronts using the yellow Star of David patches used by the Nazi’s to identify jewish people in Germany, in an attempt legitimize their unfounded feelings of persecution for choosing not to get vaccinated for Covid-19, which disregards their own safety, the health of others and potentially prolongs the pandemic.

The Comic Strip’s post goes even further to declare “f(uck) mandates” and declare “freedom of choice,” which immediately drew backlash from the community.

“Oh no! I loved this place,” one person commented on the post.

“Whoa, I guess I’ll get my comedy downtown,” said another.

Upper East Site spoke to the person operating the Comic Strip’s Instagram account and asked about the problematic post—  including whether customers should be concerned the comedy club is not abiding by NYC’s vaccination mandate for employees and customers.

“We do abide by all of them! Absolutely!” the person at the helm of the Comic Strip’s account told us, adding “the owner is an RN, was working during the entire pandemic, saw it ALL.”

Upper East Site has not been able to confirm the validity of that statement.

When we inquired whether they thought their post opposing vaccine mandates might be off-putting to customers, they Comic Strip told us “nope.”

“What customers? The ones that are scared because of media chaos? They don’t go out anyway,” the Comic Strip added.

Though, the person controlling the account did say they “respect anyone and everyone that decides the vaccine is beneficial to them.”

“After two years of all of us struggling through this pandemic I understand the level of exasperation,” comedian John Poveromo told Upper East Site.

“But the fact of the matter is Covid is here, and by saying ‘F the mandates, freedom of choice’ and comparing this to Nuremberg … comes off as an act of desperation,” the comedian who has performed at the Comic Strip added.

“What it says to the public is … they’ve chosen their bottom line over the safety of their comedians, employees and customers.”

After Upper East Site made the Comic Strip aware that drawing false equivalency between Covid-19 vaccine mandates to the Holocaust, the extermination of six million Jews by Nazi Germany, and citing the Nuremberg Code is widely considered to be anti-Semitic, the reference was removed.

“If the Jewish community has issue, it’s BECAUSE of our love for them, and our awareness of ‘slippery slopes’ that we recognize this.”

Shortly after that bizarre exchange, the Comic Strip stopped replying to our inquiries and the person speaking with us though Instagram did not identify themselves or put Upper East Site in contact with the Comic Strip’s owner.

“As a daughter of a Holocaust survivor, I cannot condemn this strongly enough. No one should ever draw false equivalencies between Covid-19 mandates and the Holocaust,” Menin added.

“With hateful speech on the rise, it is now more important than ever that we immediately call out hate speech and anti-Semitism in any form as it cannot be tolerated.”

Attempts to reach Comic Strip management or ownership by phone and email were not returned by the time of publication– we’ll update this story accordingly.

Update: City Council Member Menin has since sent a letter to the Comic Strip calling for a formal apology, read more here. 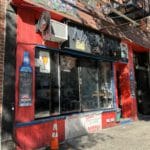 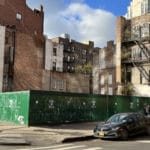