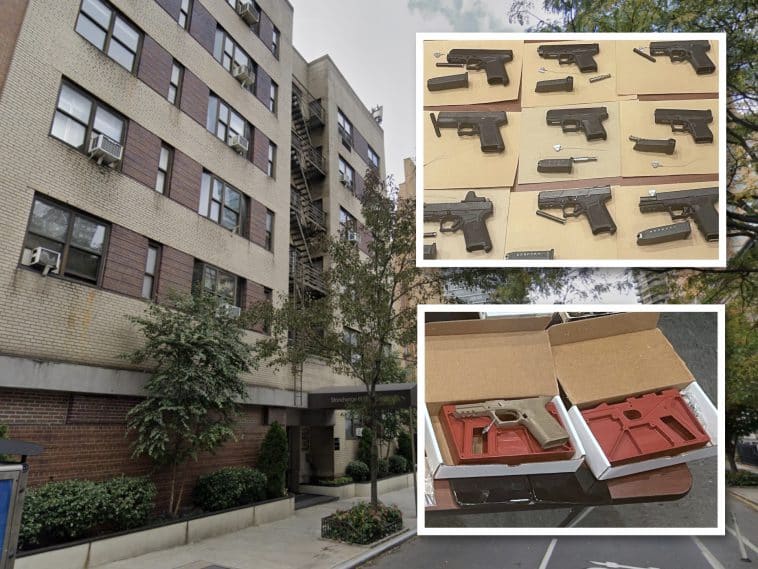 A pharma CEO is accused of running a ‘ghost gun’ factory out of his Upper East Side apartment. Prosecutors say 41-year-old Cory Davis was busted after showing off a photo of his own child holding two pistols, which was ultimately shared with police.

A total of fourteen untraceable ‘ghost guns’ were seized from Davis, in addition to 400 rounds of ammunition, a high capacity magazine, nearly two dozen regular magazines, plus the tools and parts to build more of the illegal homemade firearms, according to the Manhattan District Attorney’s Office.

“The allegations make it evident that by manufacturing these weapons, Davis put not only the public, but a child in serious peril,” said Manhattan D.A. Alvin Bragg.

“Using one’s child as a prop to showcase homemade, illegal weapons is inexcusable and extremely dangerous. The proliferation of ghost guns in our city cannot continue,” Bragg added.

Prosecutors say that according to court documents and statements the suspect made on the record in court, Davis shared a photo of his 7-year-old son holding the two ghost guns in a group chat back on November 7th.

One of the friends or family members in the group chat became concerned about what they saw in the photo and immediately contacted police, prosecutors say.

When cops caught up with Davis at an UES apartment he uses for an office — the address of which was not disclosed — prosecutors say NYPD officers found two handguns and ammo.

“I build them. I have made more. I am on mushrooms,” Davis allegedly told the officers.

Public records reveal that Davis — who prosecutors say is chief executive officer of a pharmaceutical consulting firm — lists his address as a sixth floor apartment inside 252 East 61st Street, located at the corner of First Avenue.

Prosecutors were not able to confirm whether that is the location where ‘ghost guns’ were discovered.

The next day, twelve more ‘ghost guns,’ including two assault weapon style pistols and a 35-round high capacity magazine were found in the suspect’s home, prosecutors say.

According to the Manhattan District Attorney’s Office, the 41-year-old father had been buying gun parts and accessories online for more than two years, including training tools, simulators and concealable holsters.

“These untraceable weapons shoot real bullets, hurt real New Yorkers, and cause real harm,” said NYPD Commissioner Keechant Sewell, “and our fight against them will continue with vigor.”

Davis now faces 14 counts of criminal possession of a firearm and 20 counts of illegal weapons possession. He has pleaded not guilty and is due back in court in February.

“While my client respects the District Attorney’s Office’s need to investigate these types of allegations, Mr. Davis looks forward to addressing the accusations in court and dispelling any wrongful presumptions and concerns prosecutors may have about him and the circumstances of his purported conduct,” Davis’ defense attorney Jeremy Saland told Upper East Site in a statement. 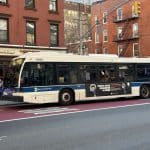 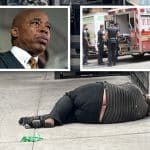